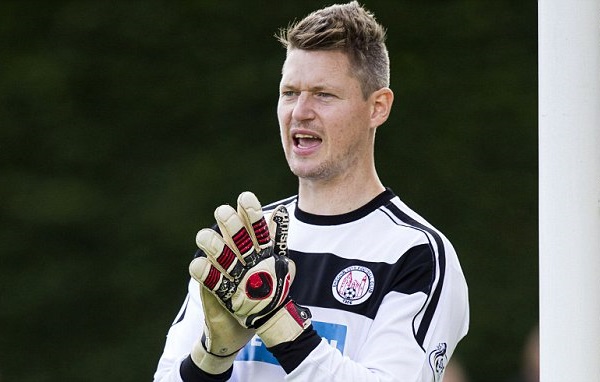 The man you see afore ye is Brechin City goalkeeper Graeme Smith, and he managed to make a right old cock-up of his Saturday afternoon after muddling up his side’s fixture list.

Thanks to a minor miscalculation, Smith was forced to make a mad dash across Scotland on Saturday morning after accidentally turning up at Stenhousemuir’s Ochilview stadium.

However, it then quickly dawned on him that Brechin were in fact playing Stenhousemuir at home, 89 miles back the way he’d just come.

Smith arrived at Stenhousemuir’s Ochilview ground in plenty of time for the 15:00 GMT kick-off only to discover the game was at Brechin’s Glebe Park.

Fortunately, Smith made it to the Angus club’s home in time to take his place in the starting XI. However his side lost 2-1 and remain bottom of the division.

Just for future reference Grame, the little (H) on the Brechin fixture list means ‘stay where you are’ and the little (A) means ‘get in your brum-brum and drive’.