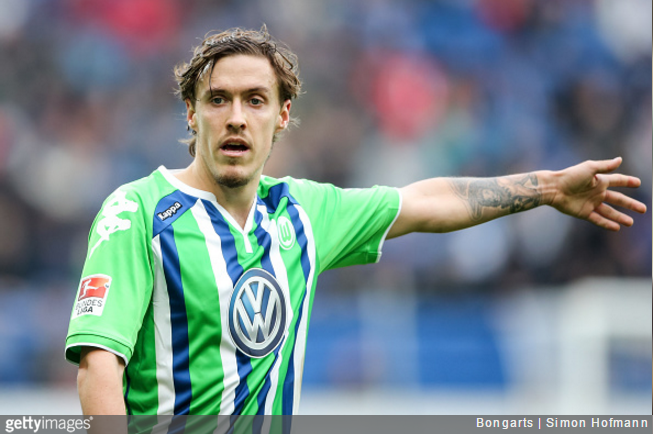 We can only assume that Wolfsburg are hard up for cash at the moment given the exorbitant nature of the fines they’ve been doling out to their players of late.

A couple of weeks ago, Nicklas Bendtner was stung by the Volkswagen-owned club after being photographed getting into a non-VW car.

Now, the Bundesliga side have confirmed that they have fined forward Max Kruse the princely sum of €25,000 for the frankly unforgivable crime of accidentally leaving €75,000 of his own money in the back of a taxi.

According to BILD, Kruse won the money at a World Series Poker tournament in Berlin back in mid-October following a game against Hoffenheim the previous day.

After realising he had left the cash in the back of the taxi, Kruse contacted the police. However, the money is yet to be returned.

Kruse’s little gaffe then hit the tabloid headlines in Germany, prompting Wolfsburg’s sporting executive Klaus Allofs to reprimand the player over his conduct.

You might be a private person as a footballer when you are in your bed. At any other point, you are also an employee of the club.

We have explained to him what sort of behaviour we expect from our players.

I can only hope that he has been taught a lesson and will change his behaviour.

While we understand the principle, but surely the five-figure punishment is more than a tad harsh?