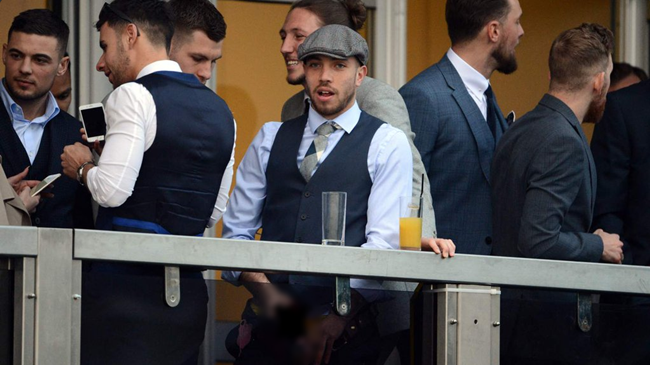 The organisers of Cheltenham Festival have confirmed that a party of Championship footballers have had their booking cancelled after one of their number was photographer urinating in a glass on a balcony.

The player in question was MK Dons midfielder Sami Carruthers, who was caught by a photographer as he relieved himself into the pint pot while surrounded by racegoers and then had somebody else pour it over the balcony.

According to BBC News, players from several other clubs, including Bristol City and Northampton Town, were said to be involved in the “drunken incident”.

In regards to images of inappropriate behaviour from yesterday, we have cancelled their booking for today.

Cheltenham have now confirmed that the party’s booking for Day Two of the festival has been scrubbed, tweeting: “In regards to images of inappropriate behaviour from yesterday, we have cancelled their booking for today.”