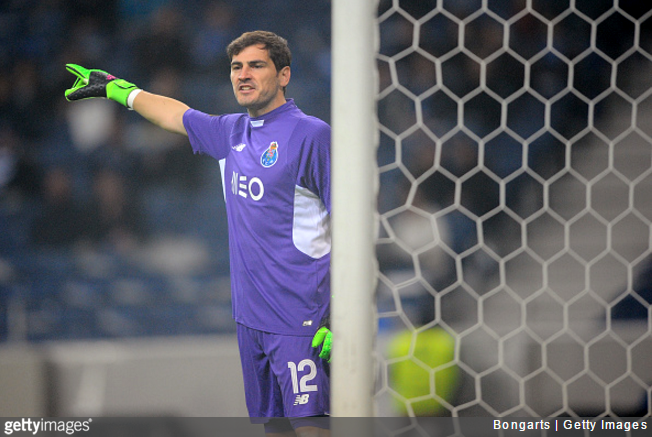 Porto have come roaring to the defence of Iker Casillas and spectacularly debunked reports about the under-fire goalkeeper that were circulating in the Spanish tabloid press earlier in the week.

El Confidencial claimed in midweek that Casillas is miserable at Porto as well as running quotes from club president Pinto da Costa suggesting that the feeling is very much mutual.

The Spanish paper claimed that Da Costa had “privately stabbed Casillas in the back” by uttering the following diatribe while having dinner with “close friend and Porto fan” Jose Manuel de Mello, as well as several other witnesses:

His (Casillas’s) signing has been a fiasco. Some of his performances have cost us games, the league and our early exit in the Champions League.

His salary is unaffordable for the club. If he goes to the US – and I have been told that the New York City FC want him – it will be the best outcome.

However, the following day Porto issued their response via an official statement on the club’s website and it was a beauty.

As part of the statement, Da Costa revealed that not only were the quotes attributed to him complete hokum, but that he’d also never actually met his supposed ‘good buddy’, Mr Mello, let alone had dinner with him.

Oh, and just to really ram his point home, Da Costa also mentioned in passing that Mello died over two years ago.

That news made me laugh, as it states that I had dinner at the home of a great fan of the club, and a friend of mine, José Manuel de Mello.

Problem is I have never even met the gentleman. And, according to what I was told, he unfortunately passed away a couple of years ago.

I never had dinner, or lunch, with the deceased. I actually would like to with a few (of my heroes), if I could – which proves this is absurd.

El Confidencial duly amended their article to state that Da Costa had actually bad-mouthed Casillas during a dinner at a house which used to belong to Mello, but by that time their speculative ‘story’ had been well and truly blown to smithereens.

Just to ice the cake, Da Costa finished up his statement by confirming that, rather than working on getting rid of Casillas at the first available opportunity, Porto are actually discussing a contract extension with the former Real Madrid ‘keeper’s agent.