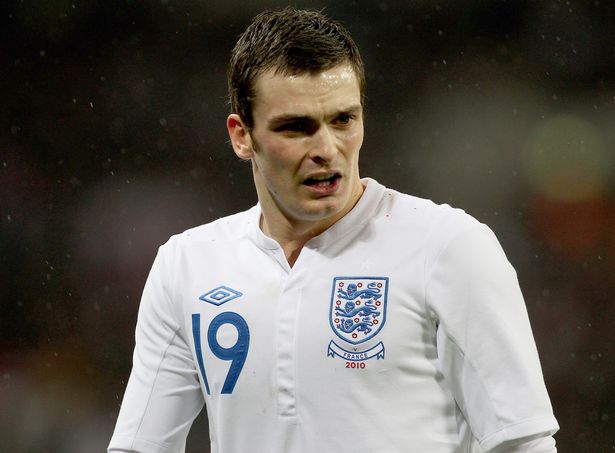 Having been found guilty of engaging in sexual activity with a 15-year-old last month, Adam Johnson is back in court today for sentencing.

Nothing has been decided yet, but the disgraced footballer is looking at anything up to 10 years in prison.

It was also revealed that the FA have stripped Johnson of the England caps he accumulated over the course of his abruptly curtailed career.

The defending lawyer, Orlando Pownall QC, confirmed as much – as per the Daily Mirror‘s rolling updates from the sentencing hearing:

He has been stripped of his England caps, some might say rightly so.

He has lost a lucrative career he will never be able to retrieve.

He has been made the subject of national humiliation.

Seems like an unorthodox course of action to take, to erase all acknowledgement of Johnson’s past achievements – though we can understand the FA not wanting to have his name come up in conversation in the future.

That said, we can’t help but wonder if he’s been scrubbed from the records entirely – e.g, it’s now as if England played with 10 men in each of the 12 games in question.

Not that we’re defending the man, of course. That’s ORLANDO PWN ALL’s job.