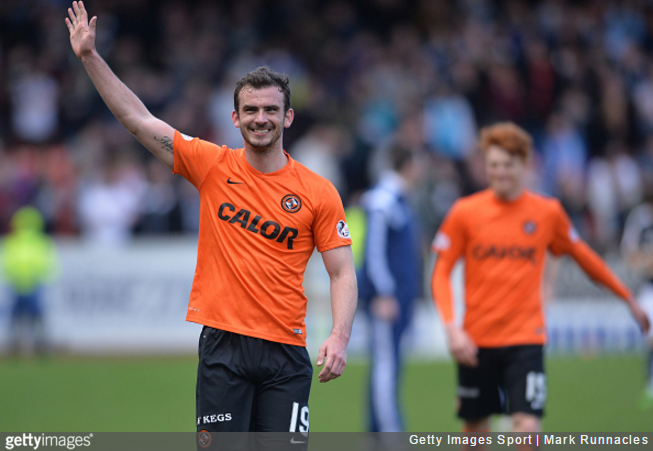 Dundee United have terminated the contract of Gavin Gunning just days after the defender was involved in an extremely peculiar incident during Saturday’s SPL game against Inverness.

Part-way through the second half, Gunning forced the match to grind to a halt when he picked the ball up and wandered off the pitch with it in his hands.

He then ditched the ball, re-entered the field of play and proceeded to lie down injured on the turf while everybody else in the stadium desperately attempted to make sense of the whole debacle…

Three days on down the line, Gunning has seen his contract cancelled by The Tangerines, but only after the former Ireland Under-21 international refused to leave of his own accord.

This from the Daily Record:

[Gunning] was offered the chance to say sorry earlier this week, but still refused to show enough contrition to satisfy club bosses.

However, it’s believed Gunning has now consulted with his agent and is refusing to quit with immediate effect, even though his contract only has six weeks to run.

Today, Dundee United have confirmed that Gunning’s deal has been prematurely pulped “by mutual consent”, though manager Mixu Paatelainen denied that the decision was anything to do with the defender’s extraordinary conduct against Iverness.

That had nothing to do with it. There haven’t been any fall-outs here.

He was injured – he got a knock on his upper shin area – and he couldn’t carry on.

He couldn’t kick the ball out. That’s why he picked the ball up and wanted the game stopped.