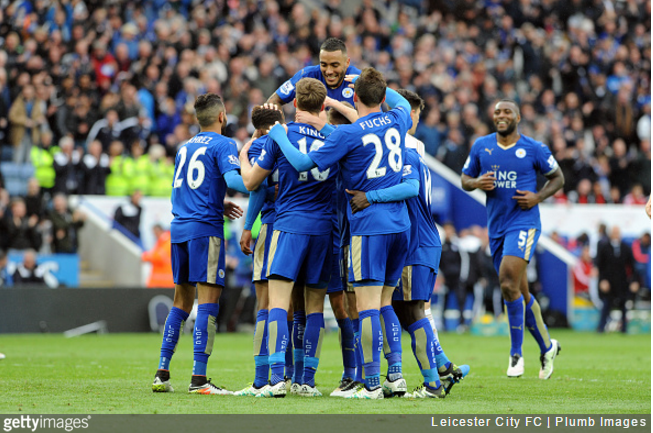 It’s been estimated that, should Leicester City procure the three points they’re chasing to nab the Premier League title against Manchester United this coming weekend, the ensuing pay-out is going to cost bookies well over £10million.

Indeed, according to a story entitled “Worst Cash-Out In History” on the PA news wire, one Foxes fan was so unimpressed after his side’s first game of the season (a 4-2 win over Sunderland) that they wrote off the team’s championship credentials entirely and cashed-out on a 5,000-1 bet.

However, just when you’re thinking it probably couldn’t get any worse, somebody then left the following image in the comments below the Tweet, appearing to detail an even more depressing story.

As per the screenshot, the fan in question obviously got cold feet after placing an identical bet and cashed out three days before the start of the 2015/16 season, thus returning a measly 45p on his 50p stake… 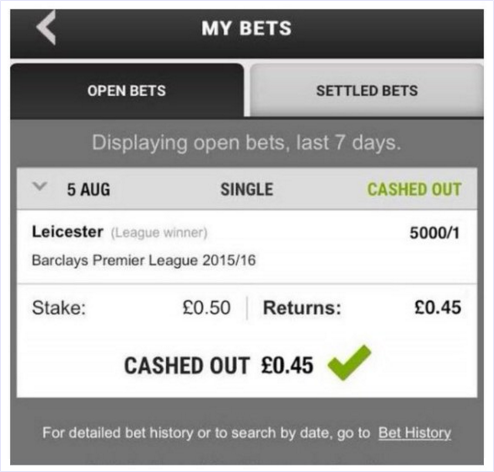 Man, that’s got to sting.

Oh well, who needs an extra £2,500 lying around the place anyway?