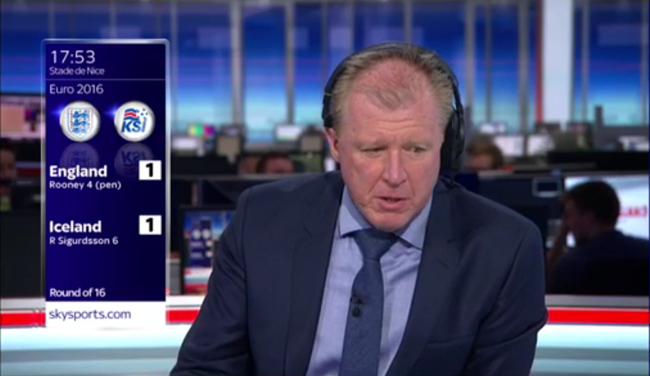 Quite why anybody was watching the Sky Sports News coverage while the actual football was live on a terrestrial channel is beyond us, but it would appear that at least one person tuned in to watch Steve McClaren once again making a bit of a prat of himself in public.

Indeed, while you may have been lulled into thinking Iceland’s second goal came about due to a heady mix of shoddy England defending and Joe Hart’s rubbery wrists, it was actually the fault of McClaren and his inability to keep his big bloody mouth shut…

As with all things McClaren – excruciating.