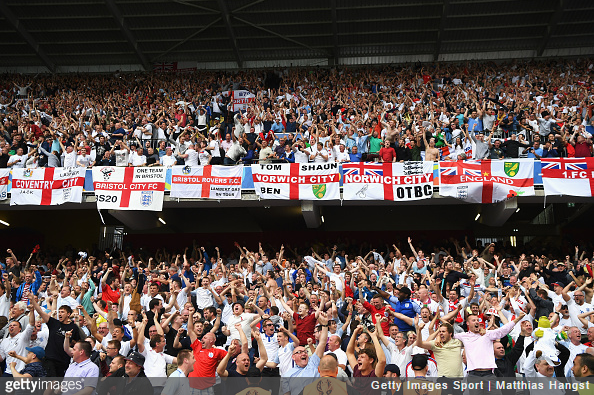 It’s been a rough morning for fans of an England persuasion, so here’s a feelgood Euro 2016 story to cheer ye up.

One England fan, described as being “astronomically” drunk, has been given a suspended prison sentence today after he forced entry into a French policeman’s house believing it to be his own rented accommodation.

According to the Independent, Dane Robertson, 25, from Peterborough, used a fire extinguisher to “make his presence known” before getting involved with an altercation in the doorway with a person he believed had broken into his AirBnB apartment in Nice.

It later transpired that the man in question happened to be a police officer who had been disturbed in the night while sleeping in his own bed.

He used pepper spray to incapacitate Mr Robertson, who later revealed he does not follow football but had met up with friends who were supporting England.

Mr Robertson then spent three days in custody before appearing in court to admit charges of drunken violence, criminal damage to the door and criminal trespass.

The court heard that Robertson was absolutely tanked at the time having made his way through three quarters of a bottle of vodka, along with a not-insignificant amount of wine and beer.

After doling out a five-month suspended sentence, Judge David Hill warned Robertson: “Do not go out and celebrate this decision”.