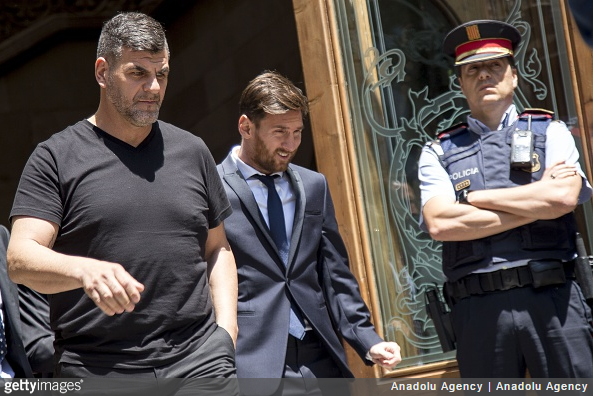 Lionel Messi has been sentenced to 21 months in prison after being found guilty on three counts of tax fraud by a court in Barcelona.

Messi, along with his father Jorge, were on trial accused of defrauding the Spanish government of €4.1million (£3.5million) between 2007 and 2009.

The court heard that the Barca superstar used shell companies in Belize and Uruguay to conceal vast swathes of earnings relating to his image rights.

According to the BBC World News, Messi claimed he “knew nothing” about the management of his finances during the trial, saying he was too busy “playing football” to keep tabs on his income.

However, despite Wednesday’s ruling, Messi and his pops are almost certain to avoid actually going to jail as, under Spanish law, any sentence less than two years can be served under probation.

Wriggling out of tight spots is his forte, after all.