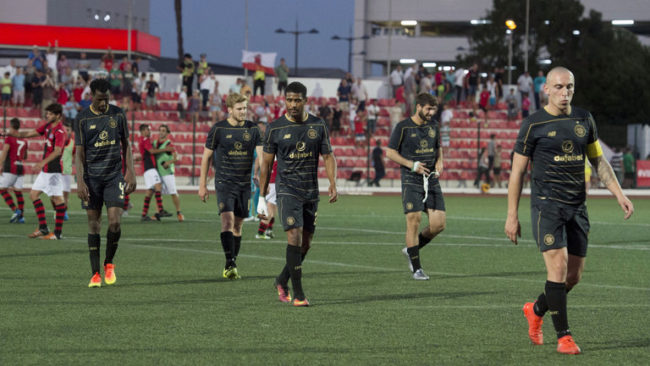 Sky Sports News dropped a sizeable clanger on Wednesday morning when they decided to forgo a precursory fact check and simply bang out a segment on Celtic’s dismal Champions League defeat that was chock full of what’s known in the trade as ‘utter bollocks’.

In the wake of the shock result, SSN picked apart Celtic’s part-time Gibraltan overlords, the Lincoln Red Imps, dissecting their team, their players and their domestic standing.

Gloriously, in cobbling together their fact file, it would appear SSN were sucked in by a raft of ‘information’ proffered forth by known Twitter urchin @WeahsCousin. The clue really is in the account name.

Anyway, a couple of WeahsCousin’s completely fabricated bullet-points somehow made it to the Sky Sports desk and subsequently onto air…

And lo, Sky reported it all as fact – Lincoln Red Imps really can’t use their pitch on Tuesdays because it’s commandeered by the local metal detecting club…

@WeahsCousin The sky sports news presenter has literally just read out two facts from your Lincoln quote. Will I rewind and video it?

Christ Almighty. Now you know exactly who Sky’s mythical sources really are. We know we don’t exactly adhere to the most stringent journalistic standards here on Pies, but still…

Football journalism in 2016 and the state thereof, etc, etc.