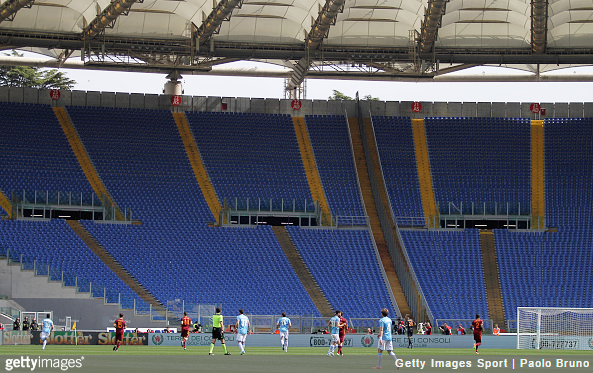 It looks very much as though Lazio are set to shatter their record low season ticket sales two years on the bounce after the Serie A side managed to shift just a handful of 2016/17 tickets on the first day of sale.

Lazio put season tickets on sale on Monday but demand proved so low that just 11 tickets had been sold by the time the lines closed at the end of the day – that’s according to Gazzetta dello Sport, who delightfully brand the effort a “flop assoluto” in their headline.

The Biancocelesti set a club record low for season ticket sales last season when just 12,800 were sold for league fixtures. For the record, the Stadio Olimpico has a capacity of almost 73,000.

The shockingly low interest is largely thought to be a part of an ongoing protest against club president Claudio Lotito who, among other things, is being squarely blamed for cocking-up the appointment of Marcelo Bielsa as coach earlier in June.