League One club Chesterfield have been forced to apologise to fans after they faked a winning entry in a raffle to follow the team on their pre-season tour of Hungary. Yes, really! 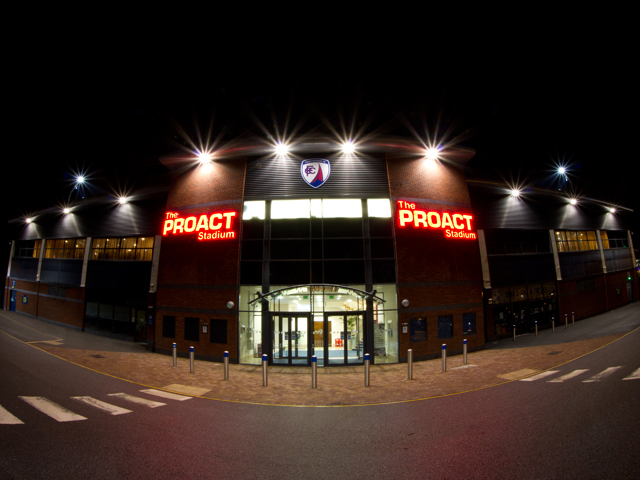 The club had invited fans to part with £20 to enter the raffle, but after a particularly slow take-up which saw only FOUR people take part, the club started to go quiet on the whole thing. However, after being pushed on the results of the raffle by fans , Chesterfield declared “Surrey-based Spireite James Higgins” the winner.

When the team eventually jetted off to Hungary, some  fans smelled a rat, as Mr. Higgins was nowhere to be seen, either at the games or anywhere on social media. 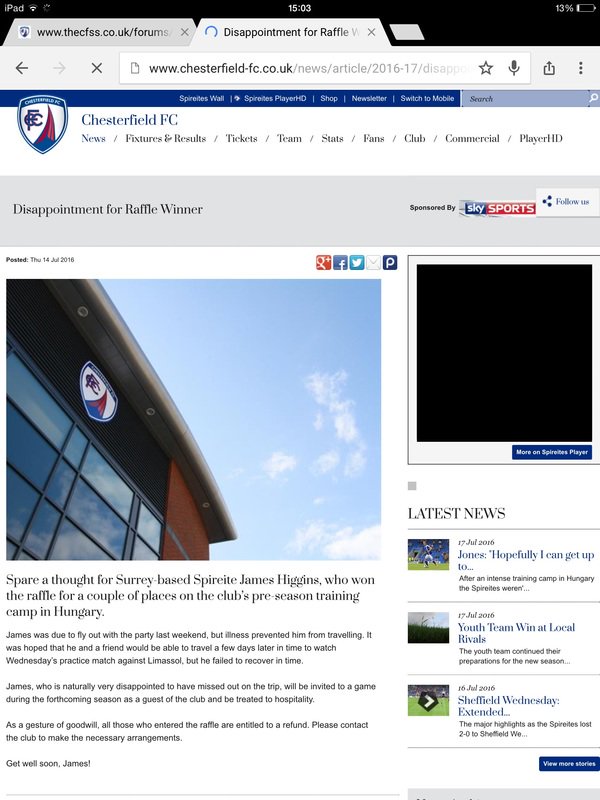 Understandably, a number of fans were still rather unhappy and rather suspicious of the whole situation.

In the end, one of the board of directors, Ashley Carson, was forced to come clean with a damning statement on the club website owning up to the deception… 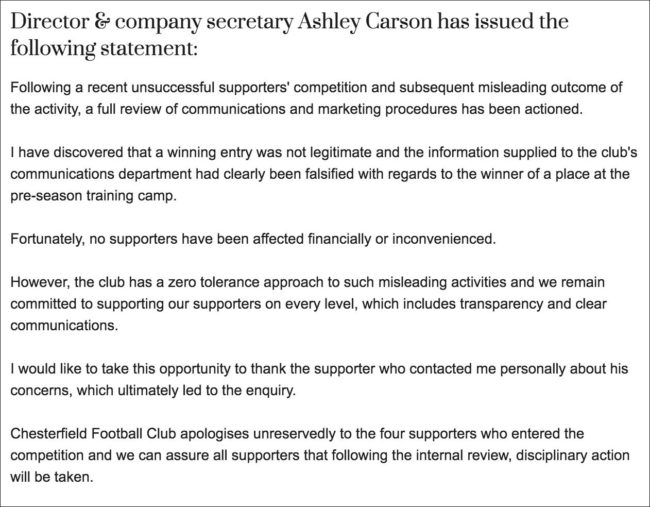 Surely this is one of the most bizarre stories of the year??!!