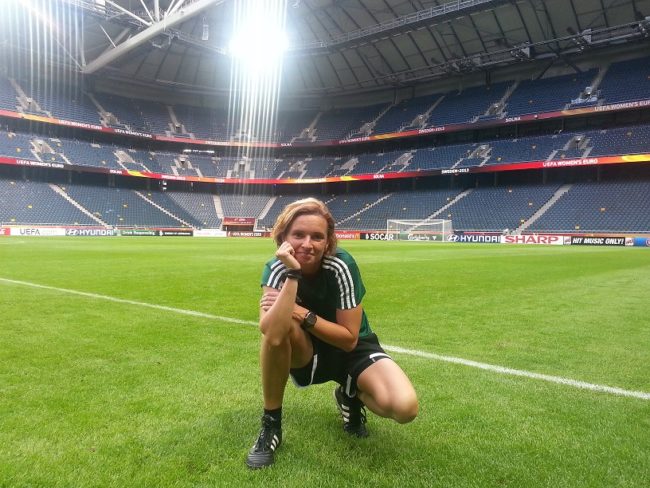 Two Sparta Prague players are being made to train with the club’s ladies’ team after making sexist comments about a female match official.

Sparta goalkeeper Tomas Koubek took to social media to declare that “women belong at the stove” after Sunday’s 3-3 draw with Brno after lineswoman Lucie Ratajova missed an offside call in the build up to the away side’s stoppage-time equaliser.

Koubek’s teammate, injured midfielder Lukas Vacha, then followed up by emitting a tweet which simply referred to Ratajova as “the cooker”…

It didn’t end there either, with Koubek also telling reporters after the game: “Women should not officiate men’s football.”

Refreshingly, Sparta were quick to condemn their players’ troglodyte behaviour, with chief executive Adam Kotalik calling both Koubek and Vacha out for their “unacceptable” conduct. The Czech football federation have also vowed to look into the comments.

Kotalik then added that the pair “will see for themselves that women can be handy not only at the stove” before confirming that they will spend the next week training with the Sparta women’s team.

After being publicly chastised, Koubek and Vacha both apologised, with the latter claiming that his “cooker” tweet was merely “directed to a specific error which affected the outcome of the game, not for any other women”.

Well, that’s okay then. We’d hate to think he was being an indiscriminate chauvinist.