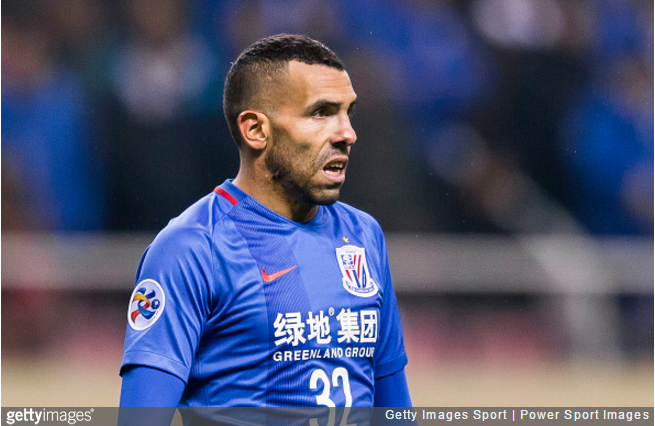 It’s largely fair to say that Shanghai Shenhua aren’t really getting their money’s worth out of Carlos Tevez at the moment, four months into his Chinese Super League sojourn.

The 33-year-old striker has made just four appearances Shenhua since joining in late December, scoring one goal – a penalty in a 4-0 win over Jiangsu Suning last month.

Meanwhile, thanks to a truly astronomical contract, he’s raking in a reported £615,000-a-week (around £1 every second) in return.

And so, after being ruled out of Saturday’s trip to Changchun Yatai with yet another niggling injury, it’s unsurprising that many Shenhua fans were miffed to see their star man turn up at Disneyland on the very same day.

Indeed, an eyewitness managed to snap a photo of Tevez as he and his family pottered around the Shanghai theme park while his teammates were busy toiling their way to a 3-2 away victory… 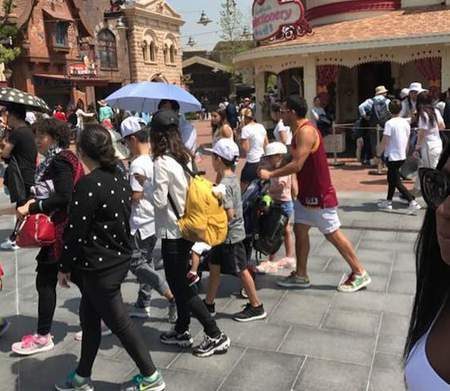 It wasn’t long before the images of Tevez went viral, with many Chinese fans deriding the Argentinian for his apparent lack of commitment to the cause – all of which must sound decidedly familiar to supporters of Man City.

“Shenhua have been through a bad patch, he doesn’t know it?” one peeved Shenhua fan wrote. “When every teammate is working up a sweat, he is chilling out in Disneyland. What a ‘professional’.”

“How can Tevez justify his incredible salary with such an attitude? He doesn’t care a jot for the team!” posited another.

Indeed, there was even a clamour for Tevez to bog off back from whence he came.

“Tevez is always complaining of homesickness. I’m sick of hearing it. It’s time for him to leave right now, for the good of both parties.”

You’ve got to give it to Carlitos, at least he’s consistent.