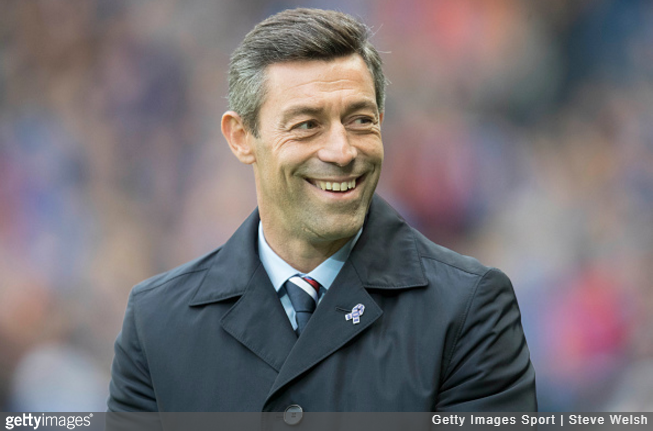 As you might have heard, Rangers were sent packing from the Europa League just 317 days before the final after losing across two legs to a team that finished fourth in the Luxembourg National Division last season.

The 2-0 defeat against Progres Niederkorn on Tuesday evening was quite possibly the worst in Rangers’ history, and it was made all the more ignominious by the adorably humble programme notes proffered forth by the Luxembourg side before kick-off… 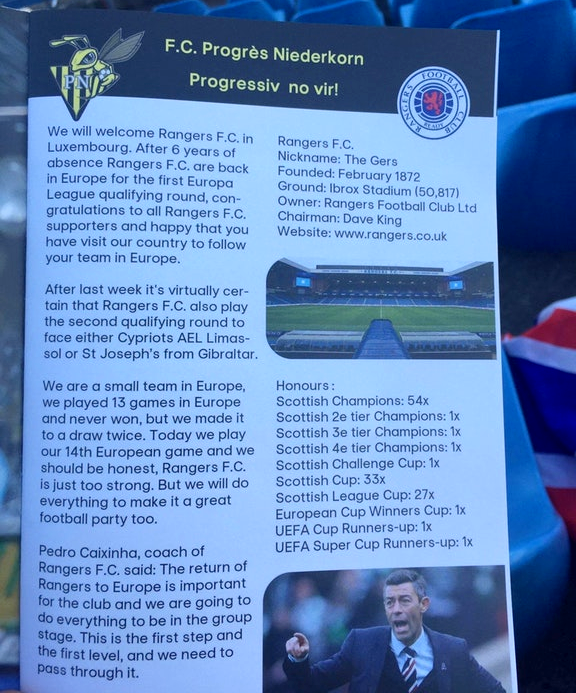 Just to put the enormity of Rangers’ atrociousness in perspective, fourth-place Progres only ended up qualifying for the Europa League because the Luxembourg cup winners (the mighty F91 Dudelange) also won the league title, thus handing them a qualification spot.

It’s hard not to chuckle.