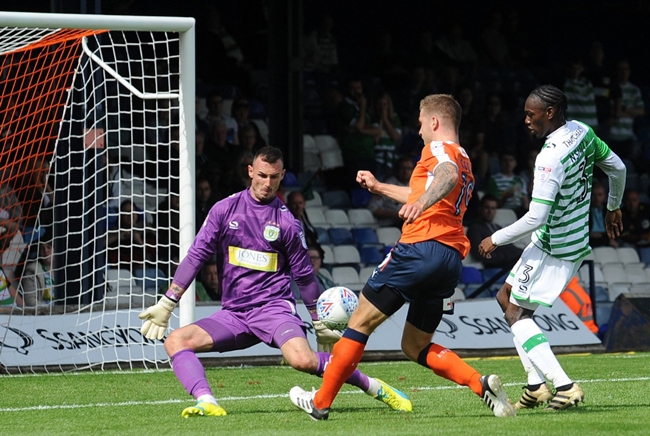 Yeovil Town’s players and staff are clubbing together to reimburse the fans who were forced to sit through their miserable 8-2 defeat against Luton Town on the opening day of the season.

Some 258 Yeovil fans made the 150-mile trip to Kenilworth Road for Saturday’s match, only to see their side get well and truly eviscerated in what eventually became a joint-record League Two defeat.

The Glovers actually went 1-0 up inside the first 10 minutes, only to find themselves 5-1 down by half-time.

Speaking to the club website, team captain James Bailey was full of apology:

We know we let ourselves and the fans down. We felt the same as everyone else connected with the club and know the performance was unacceptable.

The support we had at Luton was fantastic and we didn’t repay them how we wanted. Most (fans) were still there at the end of the game when our performance didn’t merit that.

As a group, we want to apologise and give fans their money back.

Saturday was never going to be easy but the manner of the defeat was totally unacceptable and I apologise to the supporters and take full responsibility for that.

Paying supporters their money back is a collective decision – we’re not happy with just apologising, but at the same time know our best apology will come on the pitch in the coming weeks.”

Yeovil have said they intend to let fans know how to seek a refund, with the relevant information set to be released today (Monday).

Nothing has been confirmed, but supporters are advised to retain their match ticket – presuming it wasn’t set light to in a fit of rage over the weekend.