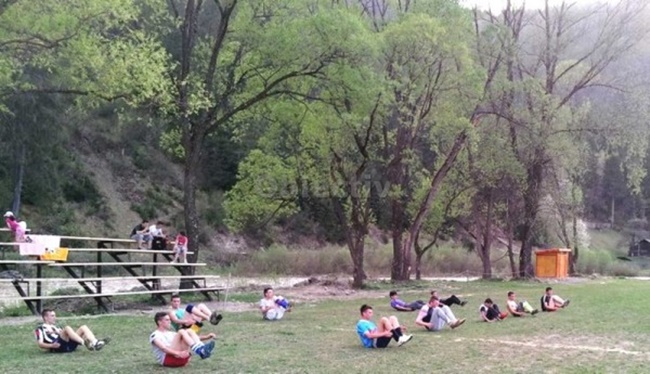 Fans were no doubt dismayed when Sunday’s big match between Bistrita Brosteni and Vanatorul Dorna Can­drenilor down in the Romanian fifth tier had to be abandoned with less than an hour played.

However, rather than crowd trouble, inclement weather or violent conduct of any sort, the match had to be nixed when a rampant bout of appalling accuracy in the second half created a terminal logistical shortcoming: there weren’t any footballs left to play with.

Indeed, the Suceava County 7th League tie came to an abrupt halt when, it the 58th minute, the last of the available matchballs was hoofed into the nearby river.

A 5th league game in Romania had to be stopped because they sent all the playing balls into the nearby river.

This from the match report on the Obiectiv de Suceava website:

A hilarious case in the […] Sunday match between Bistrita Brosteni and Vanatorul was interrupted in the second half after the two teams were left without work.

Thus, the game ended in the 58th minute […] after all the game balls provided by the hosts reached the river Bistrita, which passes through the neighbourhood of Brosteni.

According to the write-up, a spectator in attendance joked that the players would be able to get the balls back at the nearby Bicaz dam.