When Cristiano Ronaldo connected with his spectacular overhead kick against Juventus in the Champions League last week, the Real Madrid star’s foot was found to be a frankly astounding 2.38 metres off the ground.

To put that in context, Ronaldo somehow managed to leap and get his foot to within six centimetres of the height of the crossbar at the precise point of contact. It was nigh-on superhuman.

Regardless, Argentinian journalist Manuel Sanchez was confident he could replicate Ronaldo’s technique on the lawn outside the Canal 12 office with only a thin mattress/cushion for padding.

It did not go well…

To cut a long story short… 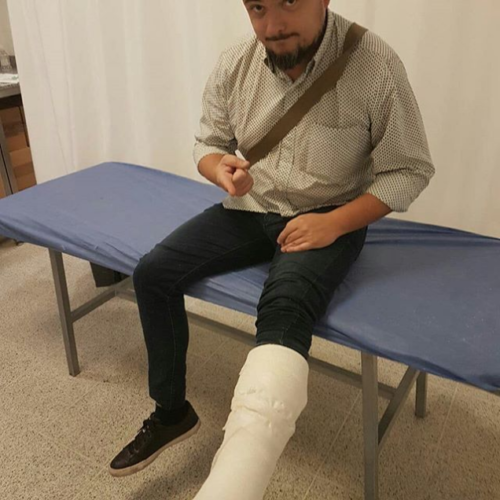 Indeed, Sanchez ended up in hospital in Cordoba with his leg in plaster and a distinct look of contrition on his face.

Leave it to the pros next time, eh Nolo?