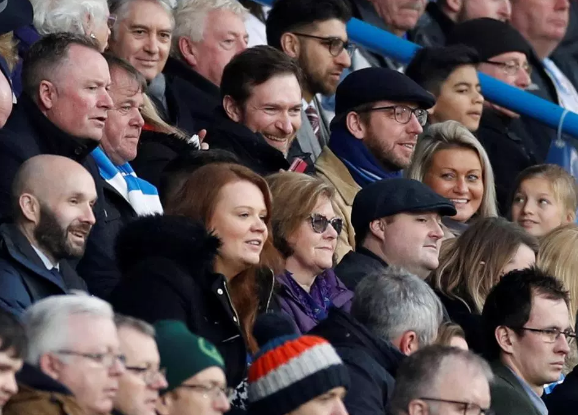 Huddersfield suffered a not-unexpected defeat at home to Manchester City on Sunday, with the managerless Terriers going down 3-0 to the Premier League title holders.

While Mark Hudson took temporary charge for the City clash, Borussia Dortmund reserve team boss Jan Siewert (below) is apparently being lined up by Huddersfield as the man to replace David Wagner, who himself was in a similar role with the Bundesliga side before moving to Yorkshire. 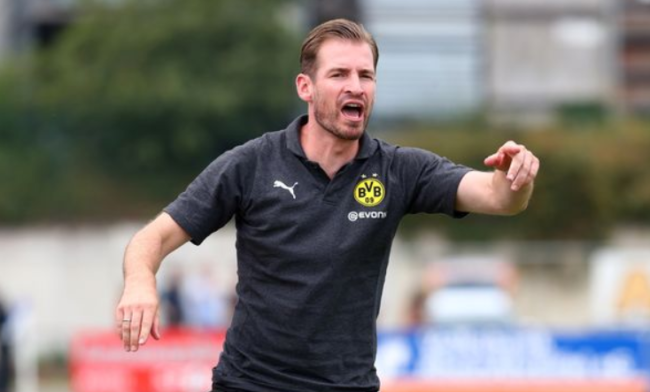 A Sky Sports reporter thought he had spotted Siewart in the crowd at the John Smith’s Stadium during Sunday’s game, only to find out that it was just a chap named Martin Warhurst, a charity manager from Wakefield.

Speaking to the Press Association after the game, Warhurst said:

It was bizarre. Basically what happened is I was sat in the crowd and suddenly I was aware of a guy coming towards me from the right hand side.

He said ‘Are you Jan, the new manager?’ I laughed and said: ‘No, no, that’s not me. I’m Martin from Wakefield’.

That was all I heard of it and then suddenly everybody’s phones and my phone started going crazy, saying ‘I’ve just seen you on telly’.

There was lots of reaction from people in the crowd – just people coming up and having selfies and people patting me on the back and wishing me luck.

Embarrassing. Although I guess they do look a tiny little bit alike! If it were Pies, we probably would have done the Sky interview anyway just to see how far we could spin the yarn.

Whoever does find themselves in the Huddersfield hot-seat will have quite a challenge ahead of them, with the club currently rock bottom of the table.