What doesn’t kill you makes you stranger – so said Heath Ledger’s Joker. And there’s nowt stranger than Paul Gascoigne, who seems to unravel a little more each time he hits the headlines. How long before he’s down to his very last marble?

Here’s an extract of Gazza’s surreal interview on Real Radio, in which he attempts to play the negotiator, but with terrible, embarrassing results (Transcript via the excellent Sabotage Times). 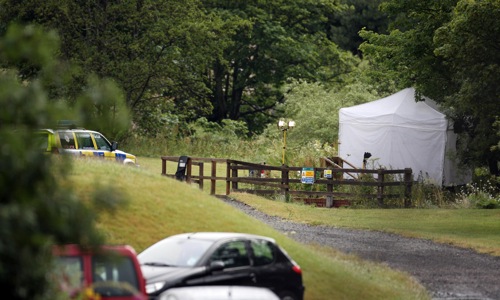 Host: “Good evening – you are live on Real Radio. I just wonder… Tell us about Raoul Moat. The Raoul Moat that you know.”

PG: “Raoul Moat, er Raoul, I knew him years ago. He used to be a bouncer in Newcastle. I knew him a lot of years since I was a young kid, when I played for Newcastle [United]. He was like a gentleman – someone must have wound him up or done summat, right. And all of a sudden I just listened to the radio right, I mean on TV news. Obviously he’s killed someone and he’s shot two. Right?”

PG: “…Doesn’t matter. He’s killed someone. Which is not nice, really. Obviously he must have been on drugs, um, and he’s shot two people, right. Now I’ve heard on the news that obviously the drugs must have worn off. Now he’s willing to give in. Right?”

Host: “I think we have to point out that…”

PG: “…No, please, get a hold of me, no, hear me out… He’s a lovely bloke – I know that – so at the end of the day I think he’s frightened in case, um, he’s put his gun down, I know for a fact he will… He put his gun down but I think he’s scared in case the police shoot him and kill him. The drugs have worn off. All he wants to do is surrender. And at the end of the day when you shoot someone, I think, and er, shoot, kill someone and shoot two others… You may get, what? Twelve days, twelve years, twelve…”

Host: “Paul, Paul, Paul… Well we don’t know about that exactly. But just tell us, what would you say…”

PG: “Twelve years, could be about six years and he’s out. He’s a good lad.” 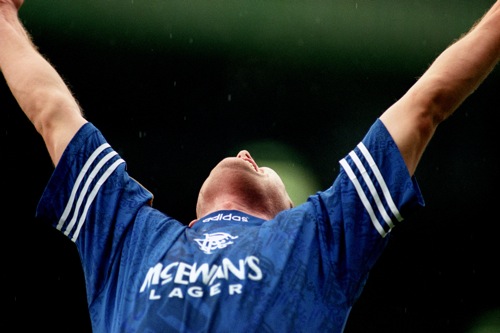 Host: “If he could hear a message from you, Gazza, what would you say to him tonight?”

PG: “Well I think the police get hold… Listen, I drove from Newcastle in a taxi to Rothbury. Cost a lot of money. I brought a dressing gown for him, um, a big jacket, I brought some chicken, some bread… I know you’re going to love this one: I brought him a can of lager, I brought him a fishing rod cause I heard he’s by the river. And I brought a fishing rod too – we’ll fish together, I’ll have a chat with him, just talk and… ’cause I think I’m the only man… I think I can help him through this cause I’ve…”

PG: “That he, well er, er, well… Terry was next to us taking photos and the copper went, police, and I said ‘Listen, I know the guy, he’s a nice guy,’ I said er… ‘I want to go through, where you have everything all cordoned off, I want to get through there,’ but the police wouldn’t let us so that was a waste of time saying, ‘Oh, I knew him’ because they were being frightened he might shoot me, you know? But I told them, ‘He will not shoot me.'”

Host: “Well, it’s a dangerous situation though, Gazza, isn’t it?”

PG: “Hey I’m not scared – I’ve just been in a car crash, I’ve just hit the wall at 90 miles per hour. I survived that, I’m sure I can survive a bullet. Knowing my luck he’d probably miss.”

Host: “So what you’re saying is that you want to go in there, you want to help negotiate?”

Host: “And you think you could sort it out?”

PG: “Yeah, yeah, two friends on a riverbank from Newcastle and all those years we’ll say is ‘Why don’t you just, you know, put the gun away, throw it in the river’ and say ‘Look Moaty, the worst is… the worst you might get a 12-year stretch, the police are not going to kill you,’ because I know he’s willing to give in now. Whatever he was on has worn off. I mean the police are not going to kill you, he might do a 12-year stretch, obviously for killing someone, which is not very nice, obviously. He did it cause he was high on drugs, probably, right?” 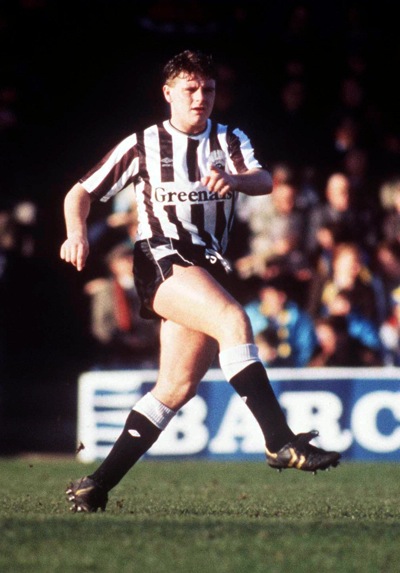 It looks like Gazza was drawn inexorably to the spotlight, as it’s the only place he feels comfortable, the only place he ever felt like himself. He can’t function normally outside of that light. And saying “Knowing my luck he’d miss” about Moat possibly shooting him… well, it’s clear Gazza is a very troubled man who finds it difficult to function on a day-to-day basis. It’s awful, really, as you suspect a part of Gazza wanted Moat to take him along for the ride.