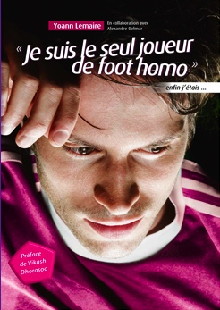 Yoann Lemaire, a homosexual footballer, has reportedly been rejected by his club in France. Associated Press says that that Lemaire spent 14 years with FC Chooz before taking a sabbatical, but the team now “won’t register him again to avoid any ‘trouble’ with his teammates.”

It’s also alleged that one of Lemaire’s former Chooz team-mates “made homophobic comments in front of a TV camera” in May 2009, which led to Lemaire leaving the club that year. But now that Lemaire wants to return to the team, the club refuses to re-register him. Oh dear.

According to Le Monde, Lemaire published a book about his experiences after his teammate’s anti-gay slurs.

Paris Foot Gay, a pro-gay rights organisation based in the French capital, has urged that Chooz face sanctions for its disgraceful treatment of Lemaire.