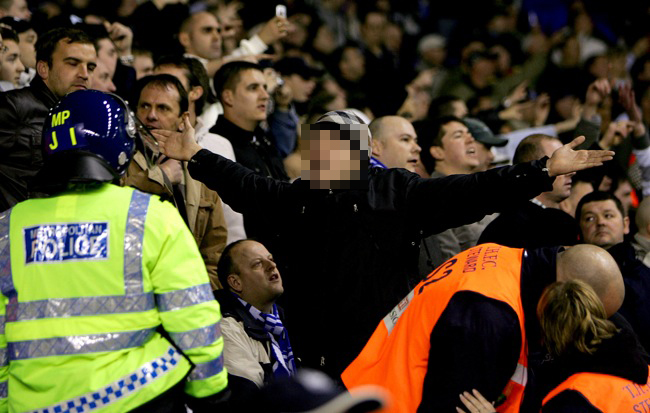 The BBC reports that incidents of football hooliganism involving young people have almost trebled in the past three years.

“Association of Chief Police Officers statistics seen by BBC Radio 5 live show there are now 290 teenagers across the UK banned from football grounds.

“Internal police figures seen by the BBC show incidents of football disorder involving young people have increased from 38 in 2007 to 103 last season.

“While the violence is not at the levels of the 1970s and 1980s, the Association of Chief Police Officers (Acpo) says it is seeing disturbing evidence of younger fans becoming involved.”

Sales of Stone Island jackets and Reebok Classics have also trebled. So, you know, every cloud…

Seriously though, this is a worrying trend: hooliganism was thought (naively, of course) to be a dying problem in football, and whilst it’s true that Premier League grounds are pretty much no-go areas these days for firms, there are plenty of smaller clubs with growing bands of young troublemakers, if you believe the latest police figures.

The thought that hooliganism works in vicious cycles is a miserable one.