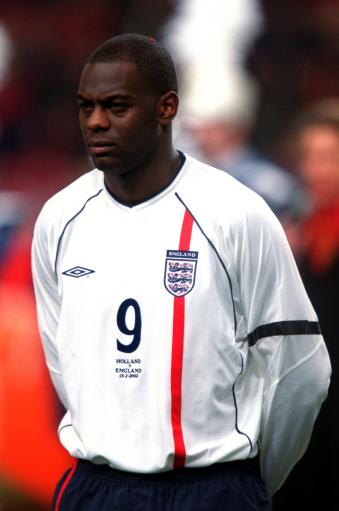 Former one-cap (for an unforgettable 45-minute display against Holland in 2002) England hero Michael Ricketts had to be threatened with a 50,000-volt Taser gun by police after assaulting a woman, believed to be his partner, outside a bar in Hale, Cheshire.

Police were forced to point the weapon at Ricketts’ chest to calm him down, before the woman in question was taken to hospital with a black-eye and bruises after allegedly being head-butted, thrown against a car and then punched by the ex-Bolton forward.

The 33-year-old striker, who is currently without a club after being released by Tranmere Rovers and was apparently tagging along with the Blackburn squad (with whom he’s been training) on their Christmas party at the time of the incident, is set to appear at Trafford Magistrate’s Court next Monday.