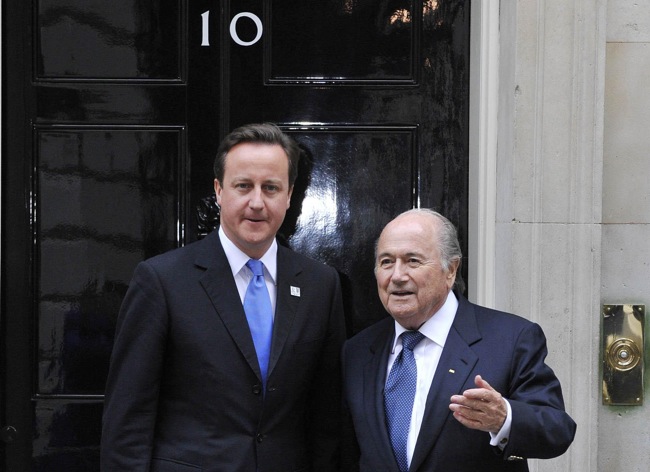 “Who is this buffoon?”

FIFA dictator Sepp Blatter has described the English as “bad losers” over the fall-out from their failed 2018 World Cup bid.

“To be honest, I was surprised by all the English complaining after the defeat. England, of all people, the motherland of fairplay ideas,” Blatter said in an interview with Swiss magazine Weltwoche.

“Now some of them are showing themselves to be bad losers.

“You can’t come afterwards and say so-and-so promised to vote for England. The results are known. The outcome came out clearly.”

Another charm offensive from Uncle Sepp. With the emphasis on offensive. And who knows what “the motherland of fairplay ideas” is?

Actually, although Blatter increasingly resembles an avuncular war criminal, he has a point here – I didn’t notice many English people congratulating the Russians on winning the bid. Instead the English vibe was a peculiar mix of Hugh Grant-style bumbling (“um, er, it would be awfully lovely if you, um, gave us the World Cup… you know, only if you want to of course. Oh, I’ve buggered it up haven’t I?”) followed by an outpouring of self-entitlement and sour grapes.