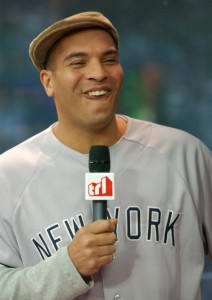 Stan the Man penned a quite incredible treatise in the Mirror yesterday, expounding the Stan Collymore Formula For a Brighter, More Entertaining Premier League – cause, you know, as a league it’s really struggling right now (zoinks!).

Here are a few choice quotes from what ranks as one of the most ill-conceived pieces of sensationalist ‘journalism’ (zoinks!) I’ve ever read:

Stan says: “I would actually like to see the Premier League comprised solely of the 20-25 clubs who have been the biggest and most successful sides in modern history.”

Pies says: How very forward-thinking of you, Stan. Quick, shut the door before Stoke and Hull get in… shit, too late.

Stan says: “And there would be no promotion or relegation which would allow those teams to grow.”

Pies says: To grow – yeah, at the expense of all other teams, who would be forced to look in, freezing faces pressed against the window of Stan’s cosy shop. This isn’t the NFL, with established franchises and a college system – football clubs need the carrot/stick of promotion/relegation to fuel ambition.

Stan says: “Fans around the world want to see the huge games – not clashes involving clubs like Barnsley, Watford or Hull.”

Pies says (in Chandler Bing voice): Could you be any more patronising? OK, you have a point about Hull. Still, I’m starting to think now that Stan is actually a robot made by Sky Sports and controlled from a glass booth inside Stamford Bridge by Jamie Redknapp. “This is a huge game, Richard, huge.”

Stan says: “My main grievance is the reason why the likes of Wigan, Hull and Reading have got into the Premier League. For the most part it is due to wealthy benefactors who have bought into them because they are cheap investments.”

[Cheers to Danny Jamieson for bringing the article to my attention]