The answer is… drum roll… Dean Gerken of Bristol City. No, I’d never heard of him either. This is what he looks like, complete with dubious salute (is he waving to Paolo Di Canio?): 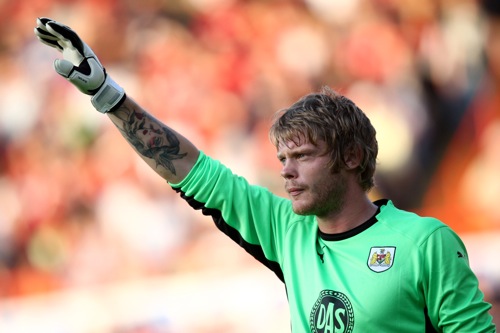 Gerken was arrested in the early hours of last Sunday morning – Avon and Somerset Police said a 24-year-old man was arrested on suspicion of indecent exposure after he was allegedly spotted urinating, or as I like to call it, ‘pissing’.

He was released without charge but given a fixed penalty for the use of threatening words and behaviour.

The club said the player had been disciplined, and that the matter is now “closed”.

More proof that Britain is BROKEN (© The Sun), surely.