Marlon King has been jailed for 18 months after being found guilty of sexually assaulting a 20-year-old woman in a London nightclub, then breaking her nose after she spurned his advances. Hmm, nice guy. 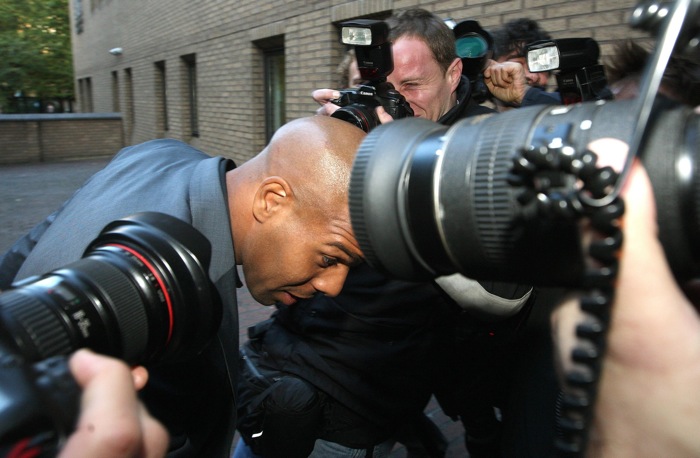 This just in from PA:

“The former Wigan striker, who was celebrating both his wife’s pregnancy and scoring a winning goal hours earlier, was repeatedly ‘cold-shouldered’ by women revellers in London’s packed Soho Revue Bar last December.

“When a slightly-built university student became the latest to recoil from his touch, he lost his temper and in an outburst of ‘completely gratuitous violence’ lashed out, ‘smashing’ her to the floor.

His single clenched fist blow was so powerful that two other revellers – one of them holding on to his arm – were also sent flying. While bouncers moved in to restrain the striker, friends rushed to the aid of his victim.

As she was helped to her feet, blood poured from her shattered nose, London’s Southwark Crown Court heard.”

On hearing news of the verdict, Wigan Athletic chairman Dave Whelan confirmed that his club have decided to sack King. “We have to follow the rules and regulations and we have given him 14 days notice that his contract will be cancelled,” Whelan said.

“He is absolutely sacked. We will not tolerate this kind of behaviour and as far as we are concerned he is finished football with Wigan Athletic.”

Hopefully all other clubs feel the same way.