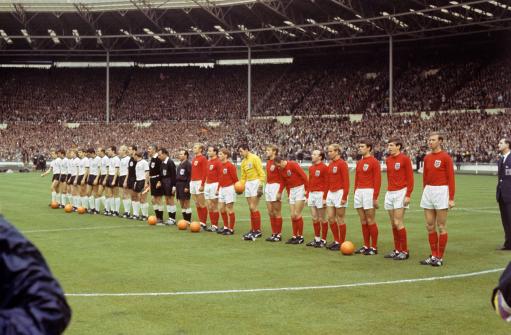 Forget the Russian linesman and whether or not the ball crossed the line and all that malarkey, it has now been revealed that three of West Germany’s team in the famous 1966 World Cup final failed drug tests after the game.

Historians found a letter from FIFA revealing the test failures while sorting through documents at Berlin’s Humboldt University.  The letter, which was dated November 29, 1966, was written by FIFA’s Mihailo Andrejevic and sent to Max Danz, the president of the West German Athletics Federation. In the correspondence, the FIFA medical boffin flagged up the use of the banned substance ephedrine by three unnamed West German players, which he conceded could have been contained in a cold remedy.

’66 hero George Cohen told The Sun: “I am astounded. I always wondered where they got their energy from in extra-time! Maybe this news will stop the Germans questioning whether our third goal crossed the line.”

“Thank goodness the result was not affected by whatever it was the Germans were taking. What would FIFA have done if Germany had won? It’s extraordinary that this has been covered up for so long.”