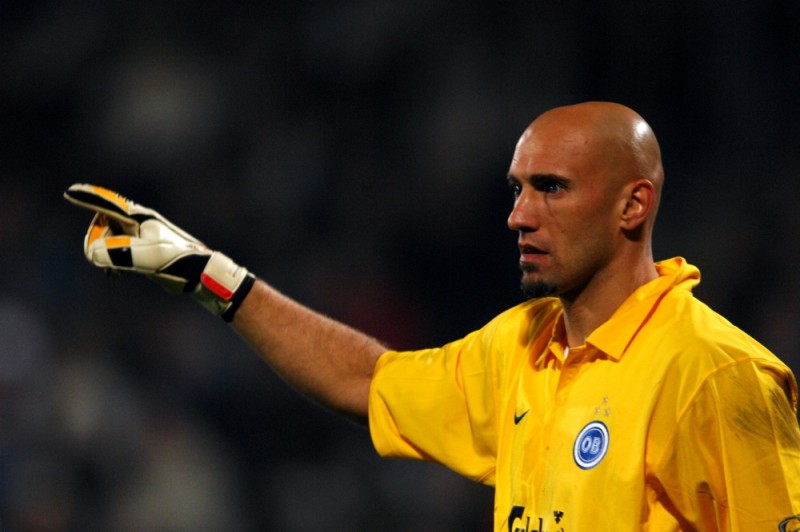 Meet Arek Onyszko, he of the shaved head and glassy psycho stare.

Onyszko is probably the most offensive footballer I’ve ever come across, which is quite a feat.

The Pole has just been sacked by his club, FC Midtjylland of Denmark, after releasing a book titled ‘Fucking Polak’. Catchy.

In this book, the charming Onyszko reveals his views on homosexuals:

“I hate gays, I really do. I think it’s fucking disgusting to hear them talk to each other as if they are girls. I can’t be in the same room as someone who’s gay. Look at them kissing each other – it’s sickening.”

What a despicable human being… But wait, there’s more!

Just a few months before he was hired by Midtjylland, Onyszko was sacked by Odense after being found guilty of beating his wife, a crime for which he spent three months in prison. Then Midtjylland gave him a second chance, and he repaid them by penning a book filled with homophobic hate. Forget Marlon King for a minute – here is a man who clearly doesn’t deserve any kind of shot at rehabilitation. He’s beyond that and hopefully will be shunned by any club he crawls to.