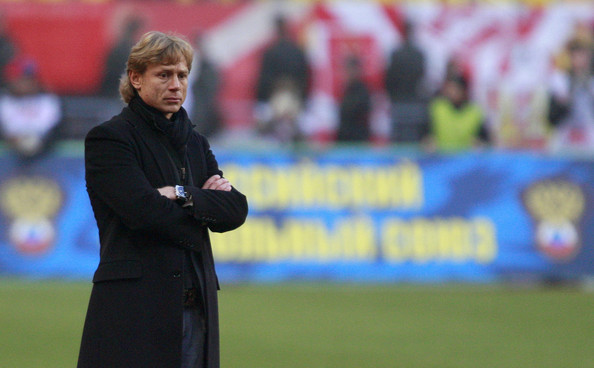 Following on from yesterday’s news about  the arrest of former French international Tony Vareilles on suspicion of attempted murder, we  have another crime-related Euro football tale (featuring another man with dodgy hair).

Former Russian international Valeri Karpin, currently manager of Spartak Moscow, was carjacked in Moscow on Tuesday night.  The former Celta Vigo schemer was robbed of 200,000 Russian roubles, which roughly equates to around £4,000.

The local Borsetochnikov gang are suspected of carrying out the robbery. However, the big question is – just what was Karpin doing driving around Moscow with all that cash? Suggestions please.