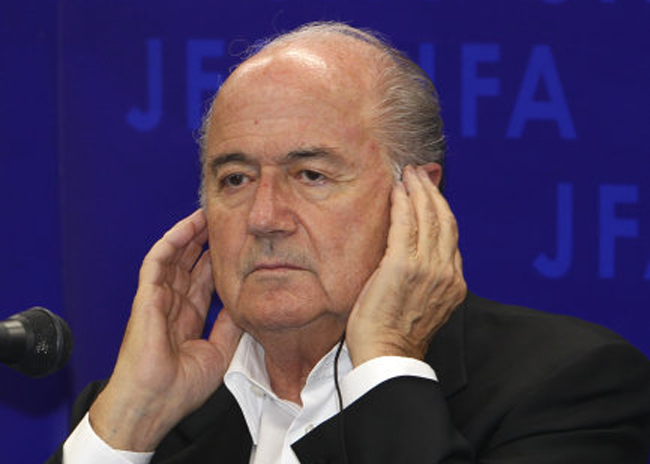 Why hasn’t Sepp Blatter been awarded a Nobel Peace Prize yet? He surely is the new Gandhi?

Following on from his suggestion that female footballers should wear skimpy outfits to make the game more popular, and that gay people visiting the World Cup finals in Qatar should simply refrain from sexual activity while in the country, the champion of civil rights has now devised an answer to the problem of racism in football, something that is once again in the spotlight.

Speaking on the subject of racism to CNN World Sport, the 75-year-old  said : “‘I would deny it. There is no racism, there is maybe one of the players towards another, he has a word or a gesture which is not the correct one, but also the one who is affected by that.”

“He should say that this is a game, ” he continued. “We are in a game, and at the end of the game, we shake hands, and this can happen, because we have worked so hard against racism and discrimination.”

“I think the whole world is aware of the efforts we are making against racism and discrimination. And on the field of play sometimes you say something that is not very correct, but then at the end of the game, the game is over and you have the next game where you can behave better.”

It is fair to say that sometimes things are said in the heat of battle that do not accurately represent a player’s real attitudes, however this explanation should not excuse the use of racist (or sexist or homophobic) language. Offensive language on the pitch should be severely punished and not brushed under the carpet, as Blatter and his ilk would no doubt prefer. However, I doubt that Blatter himself is the problem, but rather only the tip of the FIFA iceberg.