Of all the photos they could’ve chosen, Real Madrid decided to run with this one to accompany the match report of their 3-2 win over Valencia at the weekend on the club’s official website… 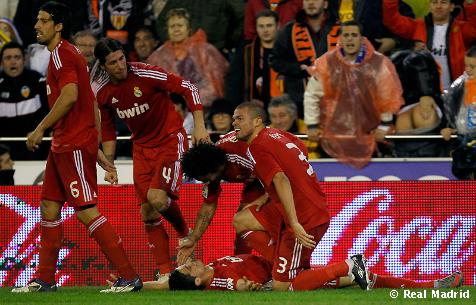 Spotted it yet? I’ll give you a clue: Pepe isn’t the only grotesque arsehole on show.

Yep, the photo that Real chose to run with to accompany their article just so happens to feature a fairly high quota of a rogue, bare Valencian buttock – being aired in protest after Cristiano Ronaldo chose to celebrate his goal directly in front of the home support.