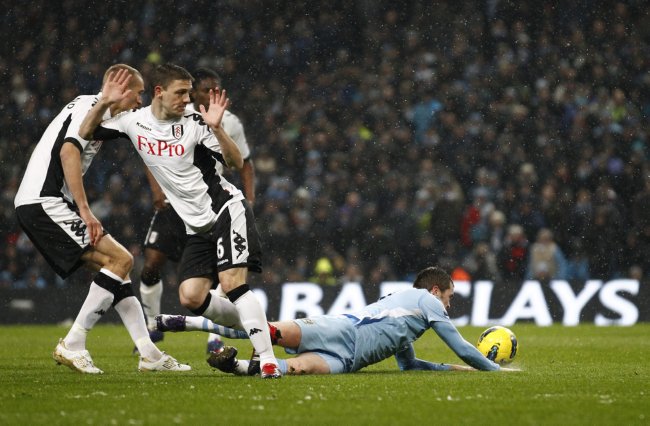 Ne’er does a week go by without some dime-a-dozen pundit rolling it out. That sodding word. ‘Contact’. A word which is quickly becoming the bane of my very existence. Even to look at it up on the page there, sitting all smarmy and aloof, makes my bile rise and blood to begin to pulse from my tear ducts.

Though I’m at pains to point out that it only causes my vital fluids to leak out through my facial orifices when it’s used in a very specific context. I’m not crazy.

Most recently, last weekend to precise, it was used willy-nilly to absolve both Adam Johnson and Danny Welbeck of any guilt after the pair independently took the conscious decision to fall swooning under the soft, lulling influence of Plummeta: the Greek Goddess of Gravity.

In short, they dived. Like Jacques Cousteau giving Greg Louganis scuba lessons off the coast of Divington-upon-Sea. They both knowingly attempted to cheat. Nothing more, nothing less.

However, in addition to letting gravity take the wheel, both players kicked out a lower limb in the direction of the nearest available heat source – Chris Baird in Johnson’s case, Branislav Ivanovic in Welbeck’s – in order to engineer that seemingly crucial ‘contact’ before their trunks hit the deck.

The Man City winger has since pedalled the old ‘I was only anticipating contact’ defense – which is, of course, utter tripe.

Skip to the 1:38 mark for Johnson’s little ‘anticipation of contact’

Not that this kind of thing is the sole preserve of Messrs. Johnson and Welbeck. Far from it. Indeed, the practice of kicking out legs or dragging feet to ensure contact seems to have been slowly gaining favour with those willing to readily surrender their integrity for at least a few years now – though it’s now becoming worryingly prevalent. I’m talking once-or-twice-a-game prevalent.

The root of the problem (other than the actual ‘simulation’ itself) for me is the use of the word ‘contact’ and the context it’s used therein.

To use Welbeck’s flop against Chelsea as an example; at no point was there enough outside force acting upon him sufficient enough for him to lose his footing. There just wasn’t. He reached the edge of the area, was fully aware of his grid co-ordinates and fell over looking for a penalty because it was easier than trying to carve out a scoring chance. As he went down, he made sure – quite consciously – that he kicked a foot out against Ivanovic to ensure there was…you guessed it, it’s that magic word again…contact. Completely synthetic, absurd, irrelevant contact.

‘THERE WAS CONTACT!’ comes the immediate cry from the gallery.

So bleeding what? He still cheated, didn’t he?

Theoretically at least, football is a contact sport; contact is required, necessary and even demanded in some instances – though it galls me to the down to the plums that the word is routinely aired in an attempt to absolve, let’s face it, cheats of their dive-happy crimes against the spirit of the game.

It all seems to be part of a bigger problem to me, though maybe I’m just paranoid. It’s almost as if football as an organisation, especially in the upper echelons, are trying desperately to create and preserve a veneer of perfection to present to the watching world. As the market grows, the purer the product must seem.

On grandiose stages such as World Cups and the Champions League we regularly see referees now officiating with ridiculously infuriating and finicky standards; doling out yellows for the most inane of offences in a bid to uphold a sheen of sterile, sanitised and clinical football. It’s FIFA-scrutinised conduct which has a definite trickle-down effect through the rest of the football hierarchy.

Players are frequently starting to go down to mask poor touches, naff control and a lack of technical proficiency and being vindicated by a short shrill peep of the referee’s whistle. As soon as the ball squirts away, legs are thrown from underneath and the old ACME sounds.

I’m not calling out a vast global conspiracy here, but it’s like they can’t be seen to make a mistake. Pandering to inadequacy in order to preserve a façade of flawlessly consummate ability is what is it. At least in my eyes.

You trap a ball further than most men can kick one during a Sunday League match – you get the almighty snot torn out of you for the rest of the day by guffawing teammates (bitter, bitter experience). You do it in the Premier League and you get a free-kick in your favour IF you successfully managed to get to ground in time. 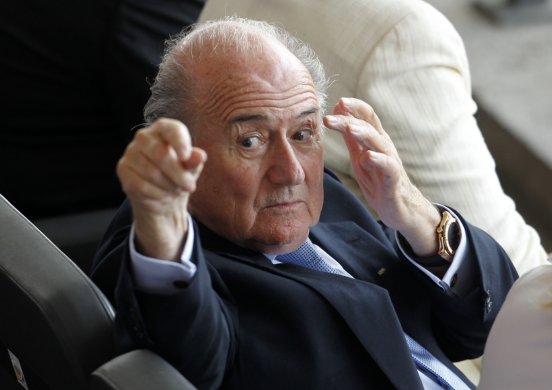 “Silken hankies you say? Not a bad idea!”

On a similar tack and definitely an offshoot of the whole ‘pandering to inadequacy’ thing, a personal pet peeve of mine is the relatively new-fangled ‘hoof it up the touchline past your marker and then run into him’ technique now employed by useless wingers the world over.

The trick is to remember that you must always throw your hands up in the air as you buffet into your turning opponent and make pleading eye contact with the ref as if to say ‘what the hell is this dim-witted chump playing at?’

The worst part is, it never seems to fail. ‘Phweep‘ goes the whistle.

We’re continually told we’re looking at a clunky full-back failing to read a tricky winger’s cute footwork and/or deal with his pace, when in reality we’re looking at a one-trick pony winger and a poor sod of a full-back who was left with absolutely no chance of getting out of the way.

Does no-one else get riled by this on an almost weekly, almost matchly basis ? It makes me froth with rage, so it does.

I realise I’m just aimlessly ranting now, and I wouldn’t blame you if you stopped reading several paragraphs ago, but a) it’s incredibly carthartic and b) I need to know I’m not completely alone when it comes to these matters.

I’m no Luddite clogger, far from it. The last thing I want is a return to the days when it was considered perfectly acceptable to dislodge a player’s retinas in the name of man-marking, but there must be a limit to how much physicality you can outlaw and how much simpering you’re willing to allow.

I can’t help but genuinely fear that – by the Qatar World Cup perhaps – a tackle will consist of a defender tugging a silken hanky out of an opponent’s waistband and waving it coyly at the referee, while goals will be awarded for those who ask nicely enough.