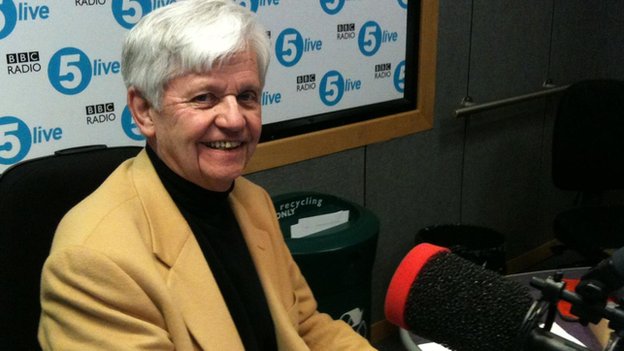 Sad news has broken today that BBC Radio Five Live’s long-serving “voice of the football results”, James Alexander Gordon, is to retire after 40 years on the wireless due to ill health.

Just as the voice of Tim Gudgin became synonymous with the classified results on television, Gordon’s gentle Scottish burr became a fixture at 5pm on Saturday afternoons in radio circles, thought the 77-year-old recently had surgery to remove his larynx after being diagnosed with throat cancer which has left his supremely soothing voice just too weak to broadcast.

“It’s with great sorrow that I have to give up the most exciting part of my career, the classified football results,” Gordon told Auntie today. “They have been my life.”

After getting the job as Radio Five’s classified announcer purely by chance, the first result Gordon ever relayed to the nation was Arsenal 3-0 Manchester United back on August 25th, 1973. He was a weekly mainstay from that point onward – and frankly, a world without that voice massaging the airwaves come 5pm on a Saturday evening is a slightly shittier one.

Here’s a cracking interview with JAG conducted when he made the 35-year milestone with the BBC back in 2008, and what comes across more than anything else it that the man just clearly loved his job…

What a hero. His voice will be sorely missed by football fans the nation over.