For Crystal Palace supporters of my age, manager Neil Warnock’s departure to Queen’s Park Rangers brought back unhappy memories of Terry Venables’ sudden departure to the same club 30 years ago. In 1980, he took half the team with him to West London, and the Eagles were destined for a decade of financial chaos. In 1999 the nightmare returned, as TV’s second spell ended with another swift exit and the club in administration. Now, as history repeats itself yet again, it makes me wonder whether the game is worth the candle.

When Portsmouth FC was on the brink of winding up recently, it was criticised for winning the FA Cup at the expense of the club’s future. But with Palace on the verge of collapse, I find myself in sympathy with those who put glory before financial prudence. Better that than the double-whammy of failure on the pitch and financial ruin off it. 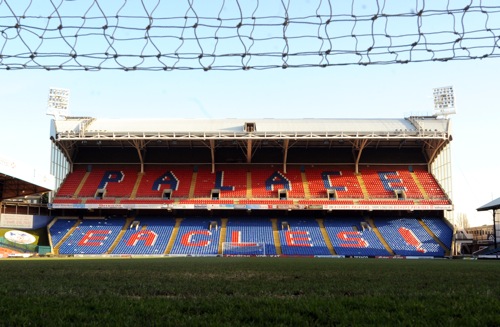 When I started supporting Palace it was a new breed of club. No history of success, but with good support and the chance to recruit more from a huge, modern catchment area. This myth of a golden future persisted stubbornly through a series of false dawns – roughly one a decade – in which the club would reach the top division and implode. Meanwhile, the big clubs mopped up local support and left Palace with its long-suffering, hardcore fans.

As a kid, I awaited the day when we would win the league and even – who knows? – the European Cup itself. I was a glory hunter, of course, but I was prepared to put up with whatever it took, and I didn’t complain when we spent most of the seventies and eighties outside the top tier. I looked forward to a lifetime’s journey with the club with plenty of rewards along the way. I always hoped it would come good in the end, and I knew that it would be all the sweeter for the suffering.

Back in 1969, these expectations weren’t particularly far-fetched. Palace had just been promoted to Division One for the first time,
along with Derby, who would win two championships in the next six seasons, and were denied the European Cup by a combination of corruption and bad luck. Shortly afterwards, Nottingham Forest won promotion, then the league, then two successive European Cups – all in the space of four years. No one expected clubs of this size to do it forever, but most fans would settle for a single triumph in their lifetime. They followed their team through thick and thin, hoping that one day they might have a half-decent side and a slice of good fortune.

Palace’s last serious shot at success was nearly 20 years ago. We lost the 1990 Cup Final in a replay, but finished third in Division One the following season, thus qualifying for England’s solitary place in the UEFA Cup. Unfortunately this was scuppered by Liverpool’s successful appeal to be readmitted to Europe, supported by the ‘chocolate soldiers’ of the Football Association (to borrow manager Steve Coppell’s memorable phrase). Victory over Everton at Wembley in the Zenith Data Systems Trophy was scant compensation, entertaining though it was to see Neville Southall refuse to accept his loser’s medal.

Two decades on, the latest chaotic episode in Palace’s turbulent history merely confirms what we’ve known for some time: that success is a pipedream for clubs like ours. These days most fans watch the Premier League not because they hope to win it one day, but as a completely separate form of entertainment from the football they endure every weekend. 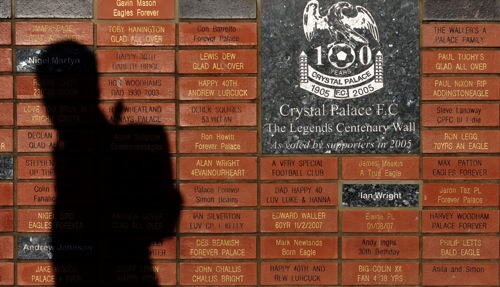 We old fans are stuck with this situation because of history; but why should young kids voluntarily sacrifice their lives to a doomed cause? Who can blame them for picking a top four team from the hat? I have no truck with modern supporters/customers of the top clubs/brands, who feel that they are entitled to success. But I do at least understand their aspirations, which is more than I can say for people like the Newcastle fan who, following relegation, said that he would rather watch “real” football in the lower leagues than the manufactured product of the Prem. I wonder if he will feel the same way in May, when promotion robs him of the authentic football experience. If so, then I will happily trade places, and he can cherish the charms of the preposterously named “League One” next season. I have had enough lower-league authenticity to last a lifetime.

Years ago, I found myself in the chairman’s office at Selhurst Park. In the corner was a small trophy cabinet with a few silver plates and a miniature FA Cup. I hadn’t realised that the losing finalists received a commemorative replica, so I went over to take a closer look. It was the winners’ trophy presented to Wimbledon, our tenants at the time. It was a sad moment in every sense.

Since then, there has never been the slightest indication that Palace’s fortunes will ever change.

So when I look at Portsmouth’s predicament I am drawn to a heretical but unavoidable conclusion. Looking back with the benefit of hindsight, I would have settled for winning the FA Cup Final in 1990 and having the club metaphorically shot on the spot with a good-looking corpse. It would have left us with a happy memory – and spared us a lifetime of misery.

Agree/disagree with Ed? Love to hear your thoughts, especially fans of faded clubs like Palace…