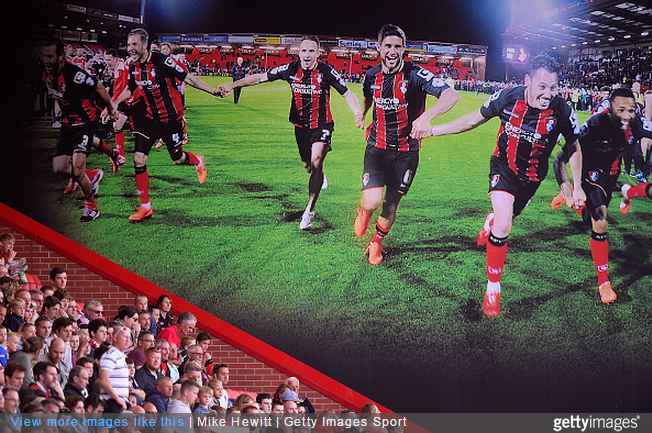 When AFC Bournemouth kick off their first-ever Premier League fixture against Aston Villa next Saturday, it will be a turning point in English football.

The Cherries will become the 47th team of the 92 in all four professional divisions to play in the Premier League during its 24 seasons in existence – making Premier League football a majority experience for the first time.

That probably comes as a surprise to those who see the Premier League as something that widens the gap between the haves and the have nots. Because if the Premier League is a competition in which 51% of clubs in the top four divisions have played, it is by definition not an elite experience.

The figure was pointed out by the highly-respected sportingintelligence.com website, and it’s when you look at the analysis they did that you see where the massive differences still remain.

Leeds United, Norwich City and Nottingham Forest have all finished in the top three. Spurs, Everton and Newcastle haven’t.

Four clubs – Barnsley, Blackpool, Cardiff and Swindon, have spent just a single season in the Premier League. This season, Crystal Palace will start their seventh season in the top flight, which still puts them one year behind their old tenants Wimbledon FC.

In a rather neat quirk of the fixture list, this season’s new boys AFC Bournemouth kick off their first Premier League campaign against the team with the worst points per game record of any of the ever-present sides – Aston Villa.