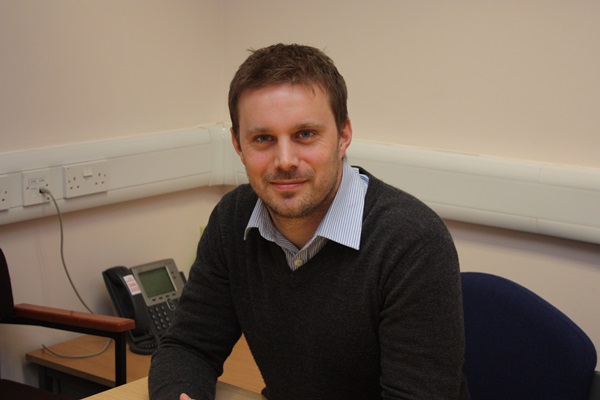 The man you see afore you is Dr Thomas Webb – i.e, the man responsible for proving once and for all what we have long since known to be true: that English football’s diving epidemic is entirely the fault of those lousy, no-good cheating foreign players, coming over here; tumbling to our turf.

Dr Webb is a “football referee expert” working out of the University of Plymouth’s Sport and Exercise Science department and ,after conducting an in-depth study into the matter, has concluded that the growing trend of player deception is directly linked to the large number of foreign players plying their swarthy trade in the Premier League.

Diving is a massive problem in football and there is a constant battle against it in the sport. It’s such a sensitive issue because it involves someone trying to cheat and often significantly affects the outcome of the game.

This study found that the practice of diving is more accepted in countries like Spain and Italy and South American countries, such as Brazil and Argentina, so players from these countries who play in the UK are more likely to be responsible.

As part of his study, Dr Webb interviewed nearly 40 professional referees from England, Spain and Italy.

Indeed, a Spanish referee who was interviewed claimed there didn’t used to be a problem with simulation in England because “English players respected the law”.

However, simulation has prevailed in recent times as the influx of foreign players from other nationalities and cultures has seen the moral code become diluted and distorted as officials struggle to keep up.

This cultural difference makes it difficult for an English referee because they are just not used to that kind of player behaviour.

Other referees in Spain believe players are deliberately trained to dive and con the referee.

One said: “The situation is a problem, not just one player. It is one of the most difficult problems for us because there are players who are very good actors and I think they train during the week to confuse the referee.”

The study also found that referees adjust their style when they are refereeing in European competition, meaning any movement towards uniformity and standardisation of refereeing by organisations such as UEFA and FIFA would be nigh-on impossible.

The Premier League is a product so the pressure is on to make it fast and entertaining and keep people interested.

If fouls are constantly called up the game doesn’t flow and fans lose interest. English, Spanish and Italian referees operate differently in European and international competitions where they don’t feel this pressure so much.

The referees interviewed were asked about their perception and experience of player behaviour and their thoughts on how cheating should be managed.

There were some contentious refereeing decisions last season but it’s why these problems and errors are occurring that requires scrutiny.

Referees are coming under fire because it becomes their fault if a player cheats and they don’t see it.

Refereeing in England is organised and managed differently to most other countries in Europe and the rest of the world.

The structure, development and training of referees are all areas which require much greater consideration if real change and movement towards uniformity is wanted in refereeing.

The study is published in Sport, Business and Management: an International Journal should you wish to peruse it in full.