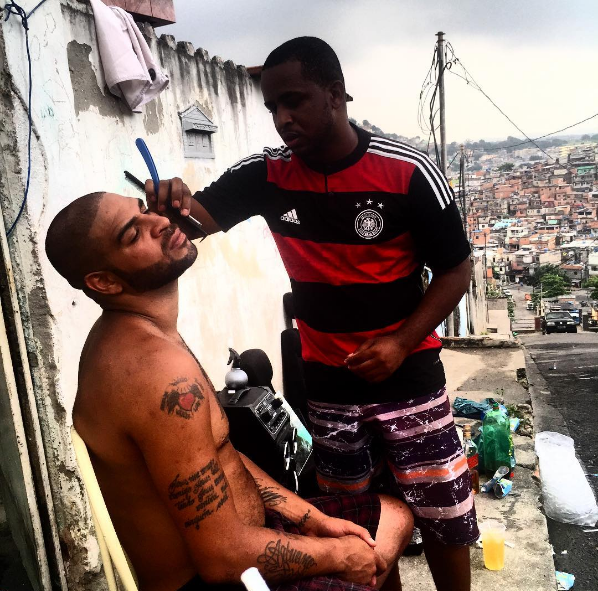 It would appear that the continuing fable of one-time all-conquering Brazilian forward Adriano has taken yet another, bitterly disappointing downturn.

The last we heard, he had signed for FC Miami United in the fourth tier of the US football hierarchy. He made one appearance for the club before returning home to Rio de Janeiro. That was back in May.

According to the Daily Star‘s sources within the Brazilian law fraternity, Adriano is back living in the favelas and is now “dependent” on one of the slum’s most notorious gangs, the Comando Vermelho (‘Red Command’) for protection.

The [Red Command] have been part of Rio’s long-running gang war – killing thousands in order to dominate the city’s lucrative drug trade.

Adriano is alleged to have bought the AK47-firing mob a motorbike as a sweetener in order to keep his family safe.

The ex-Brazil star – who once earned £80,000-a-week – was also recently spotted holding rifles and displaying the gang’s provocative hand gestures.

Indeed, Adriano has been filmed with members of the Red Command, chucking up ‘CV’ gang signs and wielding automatic weaponry in the air with gay abandon. 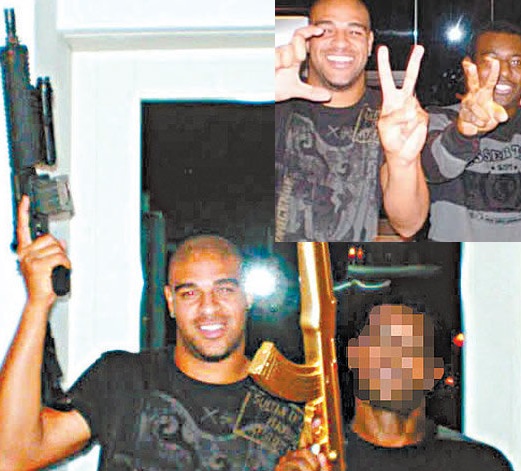 Of course, Adriano is no stranger to the Rio slums, having once ditched a training session on his return to Flamengo in 2012 – a move he’d previously described as his “last chance” just a week beforehand – to go boozing in the Vila Cruzeiro favela instead.

It seems he’s only become more entrenched and indebted since then. Hail Mary-style short-term deals with aforementioned US minnows, French second-tier side Le Havre and Corinthians have all gone belly-up since then.

Like all self-respecting potential Brazilian world beaters, Adriano had his finger on the self-destruct button from day one. He is 34 now. He’s got no distance left to run/waddle. The end, we’re afraid to say, is nigh. Pro Evo 6 is but a speck in the rear-view mirror.

It was back in 2012 when ex-Corinthians midfielder Neto, having watched Adriano mess his former club around for weeks on end before terminating his contract, declared rather grimly that “only a madman would sign him now” – such were the apathetic depths to which the striker had sunk.

Four listless years down the line, those fatalistic words ring truer than ever.