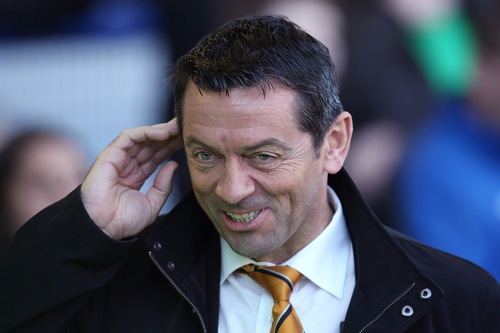 I’m getting the words… Phil Brown

Phil Brown is easy to make fun of, I grant you that. For a while, I had a few thousand followers on Twitter as I took the piss out of his unique aphorisms. But I stopped after A) everyone started doing it, and more importantly B) I realised that Phil Brown was so much more remarkable, and truly amusing than anyone trying to imitate him. Phil Brown has a ludicrous tan. Phil Brown dresses like a smart casual gigolo in the middle of a metrosexual midlife crisis. But the thing is, people have gone overboard. To his detriment, he’s far too easy to mock. What we shouldn’t forget, and especially what chairmen across the country shouldn’t forget, is that he was a superb manager for most of his time at Hull, and he brings an enormous amount of goodwill with him. He’s one of the good guys, and we don’t have many of them left in football. Oh, Wayne.

What other manager could lead a chorus of his fans, singing ‘Sloop John B’? He leads men on the pitch and his followers on the terrace. It’s not that he doens’t appreciate this support either. Asked about the singalong, he said: ‘’I’ve never conducted 25,000 people before. Well, maybe in church. And this is my church.” You know what, Phil? I bloody love being one of your disciples. He gets roundly mocked for this end-of-season entertainment, but what most of the media and internet morons don’t realise is that at Hull, this amended song celebrated ‘the greatest trip we’ve ever been on’. The fans were as much a part of this, paying tribute to a true hero.

However ridiculous you might think he is, at least he doesn’t take himself too seriously. He acknowledges people ‘titter’ at his press conferences, but do you really think he gives a shit? He grew a sexx beard for Movember for an honourable cause, for God’s sake.

If he really was a clown, do you think Alex Ferguson would have had him at Carrington to show him his methods and improve his knowledge? Who else might he do that for apart from Jose Mourinho? 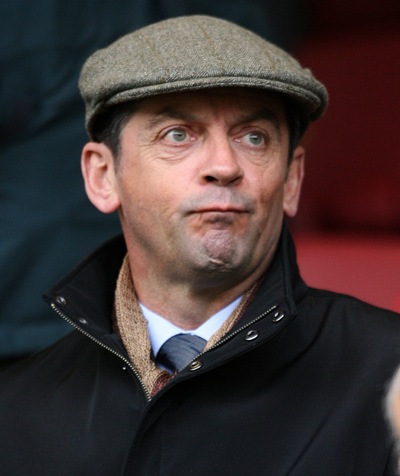 Other established managers would certainly extend him the same courtesy. Sam Allardyce, one of the most effective English managers today, kept him as his assistant for six years. Allardyce wasn’t the one to cause the split either, it was Brown who wanted to make it on his own. Presumably at Hull, given that he was never three feet away from Brian Horton in the dugout, one can only assume his Sam-style headset was a direct link to the Big Man. Or, I hope, it could have been just for him to record his thoughts on. The audiobook, ‘Phil Brown: tactical and philosophical musings from the battlefield,’ is already on my Christmas list.

Phil Brown took Hull – Hull! – to the Premiership for the first time in their history. This is not like taking a yo-yo club back to where they intermittently spend their days. This is not like getting Blackburn to maintain their place in the Premiership in a sea of terrible teams. The season before Hull gained their place in the big time – where PB feels most comfortable – he’d steadied the ship, avoiding what at some points looked like certain relegation. When he was sacked, there were still 30 points left to win. And I reckon he’d have won at least 30. Given his record over three seasons of flirting with danger but ultimately inspiring his team to overachievement, what defence is there for replacing him with Iain Dowie? I’m not even sure Iain Dowie has a first language, but it definitely isn’t English.

Certain relegation is what Iain Dowie’s appointment secured them. When he said, ‘you only have to look at my record,’ as some kind of justification for his employment, as ‘football consultant,’ the retort should immediately have been, ‘Yeah, ‘Iain,’ you took down Newcastle with Alan Shearer and Crystal Palace all by yourself. You got sacked after 15 games at Charlton whereafter they got relegated. You finished 17th in The Championship at Coventry. You spell your name with too many ‘I’s. Phil Brown, however, has got Hull to Wembley and Dean Windass and Nicky Barmby back in the Premiership, playing an attractive 4-3-3.’

What happened next? He won one game of Hull’s nine that he was in charge, achieving his lowest win ration of his whole career. Iain Dowie was in no way suited to improving Hull’s lot. He was a manager on a downer of diminishing returns. Phil Brown was unfairly shafted, and tainted by this failure. 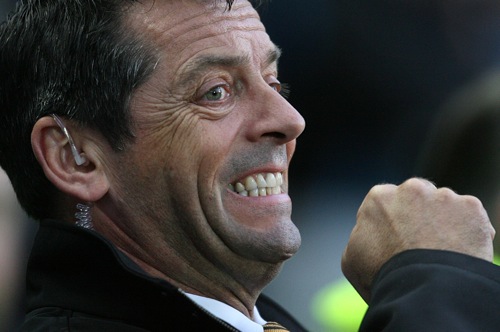 Remember, too, that Phil Brown rehabilitated a football genius. Gareth to his David Brent, Geovanni rediscovered the effectiveness that he lost as soon as he left Brazil. Geovanni scored goals more often than he had done since his time as a sexy Christian colt at Cruzeiro. Geovanni did say that it was ‘God’s words’ that had called him to Hull. I know English is not his first language, but it’s not surprising that he got Our Lord and Phil Brown mixed up, is it?

Brown’s oratory, like God’s, is so sublime and memorable that one must take time to appreciate it and realise why he is a remarkable human. Silly, yes, but I genuinely believe that a man who doesn’t just say, ‘anything we get out of this game is a bonus,’ as a catchphrase, brings to football an utterly charming and enjoyable point of view. Instead of dismissing the charmless and chippy Fabregas for spitting at Brian Horton with the usual English moronic abuse, he hit him where it hurt. He upbraided him for his aggression, ‘dressed in the manner he was dressed,’ a leather jacket and jeans when you’re talking to legend Brian Horton. This kind of devastatingly nuanced put down sums up his personal motto, ‘PB – personal best.’ He’s all about dignity. And I genuinely miss that.