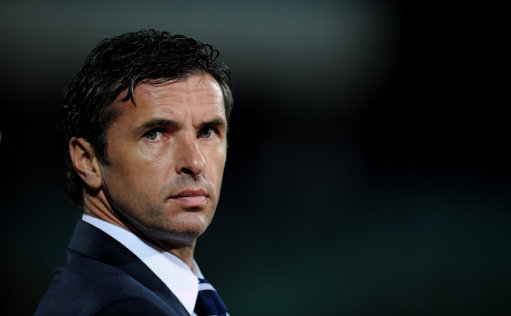 This really is terrible. The Football Association of Wales have confirmed reports that Wales manager Gary Speed has been found dead at his Cheshire home after apparently committing suicide this morning. ‘No suspicious circumstances’ is the official Police line.

Safe to say, I was absolutely caught cold when I heard of his death just a few minutes ago, the shock that one of football’s more affable, intelligent and erudite figures – a man who appeared to have been in fine fettle (‘appeared’ possibly being the key word) sat alongside Gary McAllister on Football Focus yesterday morning – had taken his own life left me numb.

Lord knows it’s easy to feign emotion and play to the gallery in this line of work, but I just feel sick. Such sad, tragic, galling news.

Many of Speed’s close footballing friends and former teammates are expressing genuine shock at Speed’s death on Twitter as we speak, indicating that whatever problems he may have been fostering were intensely private – though, of course, it’s not our place to speculate.

Our thoughts go out to his young family and everybody else he graced during his 42 years on this Earth.