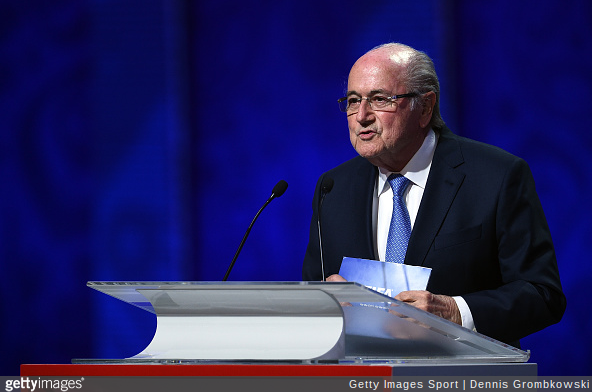 Sepp Blatter has made some pretty explosive comments about his balls, specifically the ambient temperature thereof and how he’s fairly certain they’ve been used to rig football draws in the past.

The heating and cooling of specific draw balls has been mooted as a potential method of fudging draws in plain sight, and the deposed ex-FIFA president claims it’s very much been implemented at a fairly high level of the game.

During an interview with Argentinian outlet La Nacion, Blatter claimed:

Of course it’s technically possible. FIFA not exist, but I witnessed draws, at European level (UEFA), in which it happened.

But never in the FIFA. Sure you can do, but in my case never happened, ever.

The draw was clean until the last detail. I never touched the balls, which made others do. Sure, they can be signaled, by heating or cooling them.

According to the Mirror, Blatter went on to suggest that he witnessed the ball-warming technique being used during his time as FIFA’s grand poobah:

Yes. I saw it with my own eyes and it was like cheating.

It was for a European competition. Only one team has managed that. It was an Italian side.

You can see the balls that are drawn identified either by making them hot, or if they have been cooled.

I was a witness.

Reassuring to know that disciplinary action was taken swiftly and efficiently to prevent this kind of thing ever happening again.