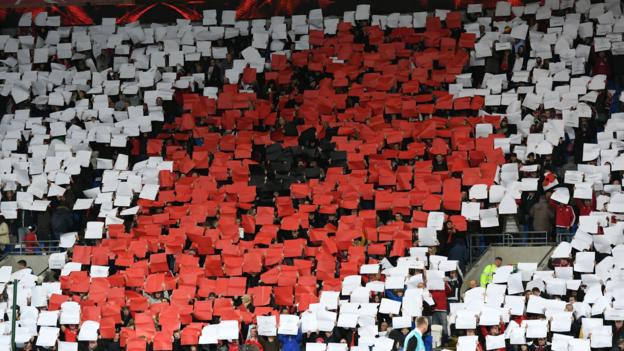 FIFA have fined the home nations a grand total of 80,000 Swiss francs for displaying poppies during the World Cup qualifiers that took place on and around the 11th November.

While England and Scotland defied FIFA by playing against each other with poppies on black armbands, the charges brought against Wales and Northern Ireland related to a variety of breaches, including the affront caused by “some Welsh supporters wearing poppies in the crowd” during their qualifier against Serbia.

FIFA disciplinary committee chairman Claudio Sulser said that while he “fully respected” the commemorations, the rules governing political statements being made during football matches “need to be applied to all member associations”.

The display, among others, of any political or religious symbol is strictly prohibited.

In the stadium and on the pitch, there is only room for sport, nothing else.

Let that be an end to it… until next November’s international break, when we go through the same old song and dance all over again.