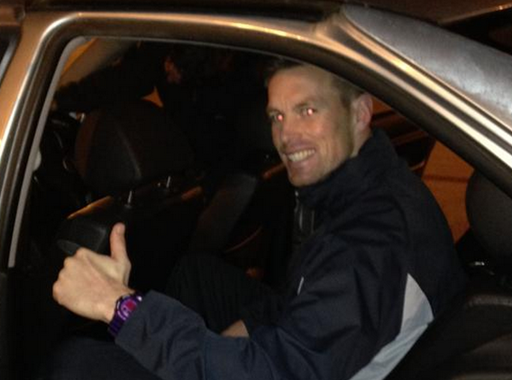 It’s fair to say that Gillingham goalkeeper Stuart Nelson enjoyed a night of peaks and troughs on Tuesday evening when his side met Colchester United in the Johnstone’s Paint Trophy.

With the scores square at 3-3 after 90 minutes the tie ticked over into penalties and Nelson, making his 100th appearance for the Gills, put in one hell of a shift in the shoot-out to send his team through to the next round.

Nelson, who was a surprise inclusion in the starting line-up having only just returned from a two-month injury lay-off, saved two of Colchester’s penalties before stepping up to score the decisive spot-kick himself past his opposite number.

An undoubted peak, of course – but now we move on to the “trough” period of the night’s entertainment.

With the assembled media desperate to get a word from the hero of the hour, Nelson took so long chatting with reporters after the game that the Gills’ team bus left without him – leaving the match-winning goalkeeper stranded at Colchester’s Community Stadium.

Indeed, Nelson ended up having to cadge a lift home with staff from the Kent Messenger newspaper after the rest of his teammates unceremoniously buggered off back down the A12 without him.

Stuart Nelson may have missed the team bus and joined us in the media car to get home, but what a return! Gills progress in the @JP_Trophy

The Kent Messenger later confirmed that Nelson was given a lift back home by one of their photographers and a Gills reporter.

“Poor Stuart was getting plenty of banter from the lads on the bus by text message but nothing was going to spoil his night.

“He left us in Brentwood with a massive grin on his face.”

As we said: peaks and troughs.