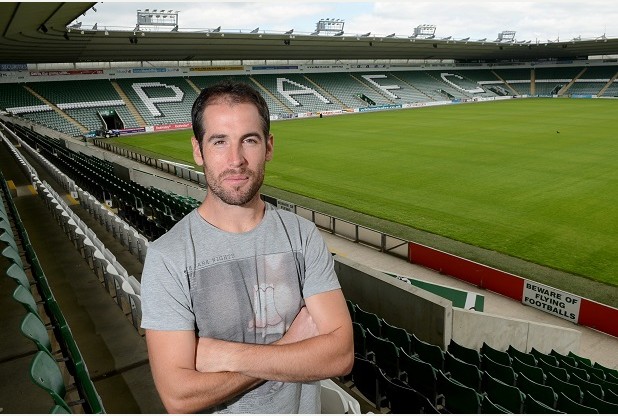 Congratulations are most definitely due to Plymouth Argyle ‘keeper James Bittner after the 34-year-old finally made his first ever starting appearance in a Football League match on Saturday afternoon.

Bittner’s incredibly belated bow comes a staggering 4,991 days after he first sat on Bournemouth’s bench as an unused substitute for a match against Tranmere in 2002.

Since then, Bittner has manfully fulfilled the role of “perennial back-up ‘keeper” at several Football League sides, never once making it onto the pitch.

He has enjoyed stints as a first-choice stopper for the likes of Exeter, Salisbury, Forest Green Rovers and Hereford in the past, but only ever in the Conference.

Then finally, some 13 years in the making, a groin injury to Plymouth’s usual No.1 Luke McCormick saw Bittner handed his first ever Football League start for Saturday’s 2-1 win over York City.

“I’m a bit upset to concede the last-minute goal,” he told BBC Sport after the game.

Mercifully, it looks like Bittner won’t be forced to wait another 713 weeks for his next appearance, with McCormick currently unlikely to be fully fit for next weekend’s League Two tie against local rivals Exeter.