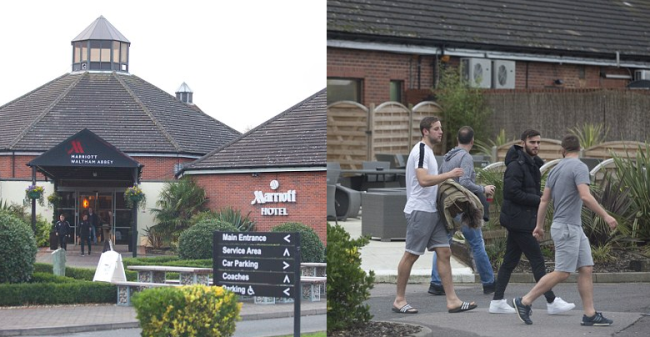 As if you needed any more proof that Leyton Orient are being run by a maniac, the first-team are currently being forced to stay in a relatively plush hotel as “punishment” for losing to struggling Hartlepool on Sunday.

Orient are currently seventh in League Two but have only managed one win in their last 12 league games.

The Hartlepool defeat proved to be the final straw for owner Francesco Becchetti, who decided to chasten his players by preventing them from going home after the game and instead forcing them to remain in their £100-a-night hotel all week.

Becchetti told manager Ian Hendon of his shock decision on the 250-mile coach journey back from Hartlepool following Sunday’s 3-1 loss.

The coach drove straight to the £100-a-night Marriott Hotel in Waltham Abbey, where the League Two club’s 18 players and six staff members, including Hendon and his assistant Andy Hessenthaler, have been holed up since Sunday evening.

Apparently the players are allowed out of the hotel to visit their families in their spare time but must return to “eat, sleep and live”.

Hendon also confirmed that Becchetti is the one footing the bill, thus rendering the punishment even less daunting.