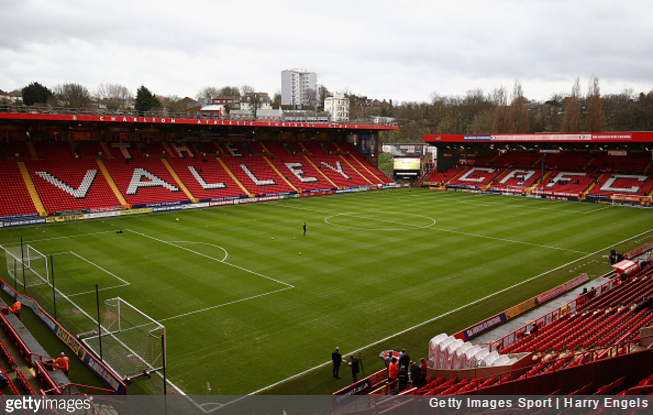 As anyone with even the slightest awareness of life outside the Premier League will know, all is not rosy at Charlton Athletic these days.

Indeed, the ailing Addicks have been in turmoil for months as the schism between the club’s controversial board (headed by much-maligned owner Roland Duchatelet) and the fans continues to grow.

Strangely, rather than attempting to placate their once-loyal support base, Charlton’s owners continue to antagonise and berate them, even accusing fans of apparently “wanting the club to fail” in a pithy statement released after multiple protests marred the end of last season.

Indeed, if the following image is to be believed, the board’s latest charm offensive is a true master stroke of public relations.

As per a letter doing the rounds on social media, it would seem that Duchatelet and co. have taken time to write to season ticket holders to effectively intimidate them into ceasing any protests against the club.

The letter, written on Charlton stationary, informs fans that their season ticket has only been granted on a “conditional basis” and won’t be issued until the applicant signs an “Agreed Behavioural Contract” in person in which they promise not to bad-mouth the club online… 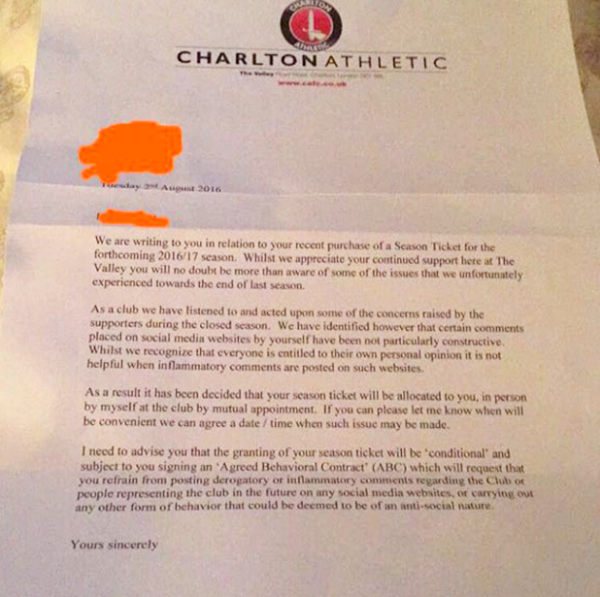 Best of luck with that little scheme, chaps.

You really are doing a fine, fine job of running a football club (into the ground).