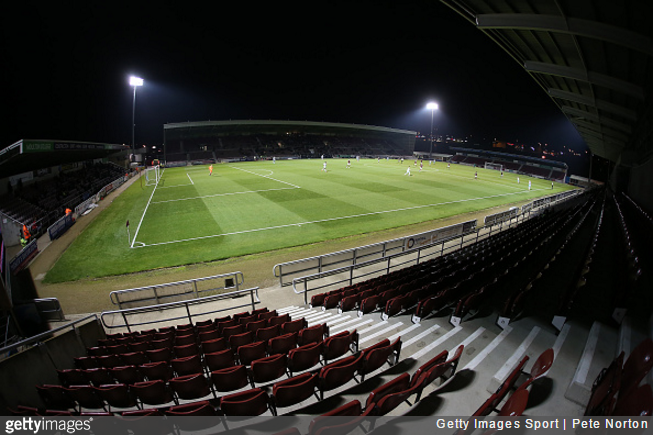 Tuesday proved to be another calamitous evening in the Checkatrade EFL Trophy, with record low attendances and general undermining of the competition proving rife once again.

According to BBC Sport, Northampton drew their lowest ever gate to Sixfields, with just 762 fans turning out for their game against West Ham’s development team.

Stoke managed to pull in an audience of 689 for their game against Bury despite including the likes of Bojan Krkic, Peter Crouch and record signing Giannelli Imbula in their starting XI.

A hardy travelling horde of 65 Bristol Rovers fans made the midweek trip to Portsmouth, who registered their lowest ever post-war attendance (1,200) at Fratton Park.

By way of contrast, some 17,808 fans watched the two sides play in League Two last February.

It was a similar story up at Middlesbrough, who had 308 fans turn out to watch the development side lose 3-0 at home to Shrewsbury, while just 393 fans watched Barnet’s match against Peterbrough.

You get the picture.

As for the rule-bending, both Bristol Rovers and Wimbledon substituted their goalkeepers within seconds of kick-off, thus mimicking the rule-circumventing tactics employed by Bradford in the previous round of games.

Elsewhere, Newport County were stuck without a referee and had to pull a volunteer out of the crowd at Rodney Parade…

IMPORTANT ANNOUNCEMENT: Due to injury the referee is unable to continue! If you are a qualified official please contact a steward!

In short, the whole thing is one ginormous, poorly-attended mess… again.