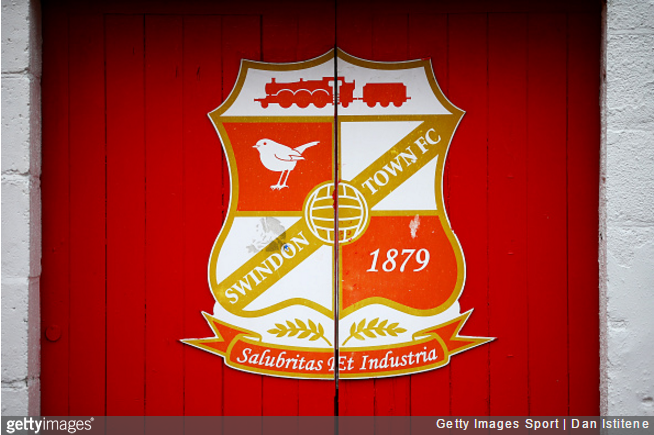 Word on the wire is that Red Bull are in “advanced talks” to add Swindon Town to their portfolio of company-owned football clubs.

Swindon have scheduled a press conference to make a “significant” announcement this afternoon, with rumourmongers suggesting that the League One side are set to be bought out by the international caffeine peddlers.

Red Bull already own New York Red Bulls, RB Salzburg and RB Leipzig, the latter having reached the Bundesliga after attaining four promotions in the seven years they’ve been bank-rolled by the energy drink company’s co-founder, Austrian billionaire Dietrich Mateschitz – much to the chagrin of just about everybody else.

As for Swindon, we’re predicting the first Red Bull-mandated change will be the replacement of the humble robin on Town’s badge with a pair of rampaging steers, and the choo-choo train with a silhouette of Felix Baumgartner’s space-jump capsule.

Swindon Town are set to make a “significant announcement” at 1.30pm #stfc pic.twitter.com/HmwNPnuMBZ

If it transpires to be an elaborate hoax, then kudos where kudos is most definitely due.