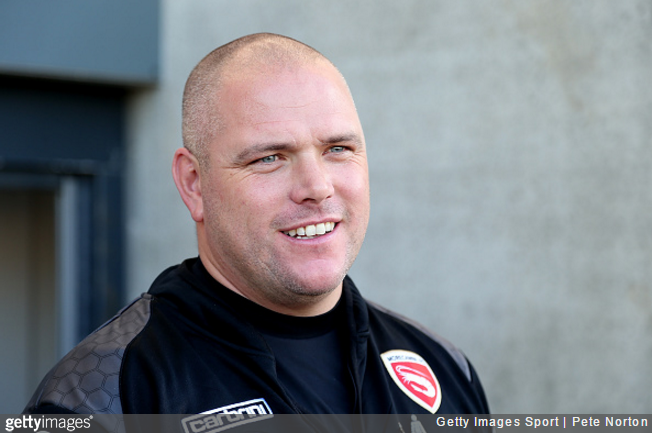 As a mark of gratitude, Morecambe fans attending today’s against Cambridge will all be treated to a complimentary pie and pint courtesy of manager Jim Bentley.

A couple of weeks ago, Bentley was reduced to tears when Morecambe fans clubbed together to pay off the £1,000 fine he incurred from the FA after being sent to the stands and charged with improper conduct during a game against Cheltenham in December.

Bentley, who made over 300 appearances for the Shrimpers before taking over as manager in 2011, was so taken aback by the generosity of his adoring public that he decided to pay it back in the form of matchday libations…

MATCHDAY: @CambridgeUtdFC are the visitors at the Globe today. FREE PIE & PINT for everyone who attends! pic.twitter.com/qKo8hGfB3p

With a little assistance from League Two sponsors Sky Bet, Bentley has laid on the freebies after being “blown away” by the club’s supporters.

When the fans stepped in and paid my fine last week, I was absolutely blown away as you could probably tell from the video.

I wanted to give something back to show the fans how much they mean to me and thanks to Sky Bet, the EFL sponsor, I’m able to make that happen.

I’d like to say a massive thanks again to the fans, the supporters club and to Sky Bet for their amazing support.

It really is appreciated.

And lo, today is that day… 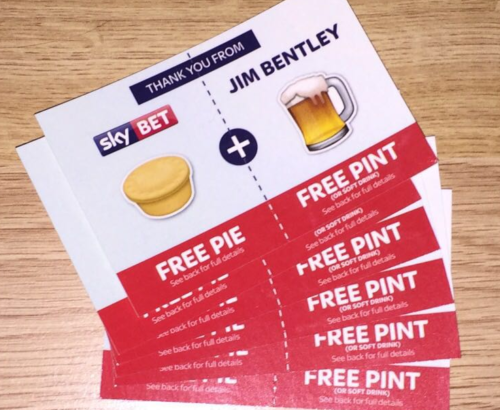 A lovely little respite from the club’s ongoing travails, and – as most beleaguered Morecambe fans will tell you – long overdue.